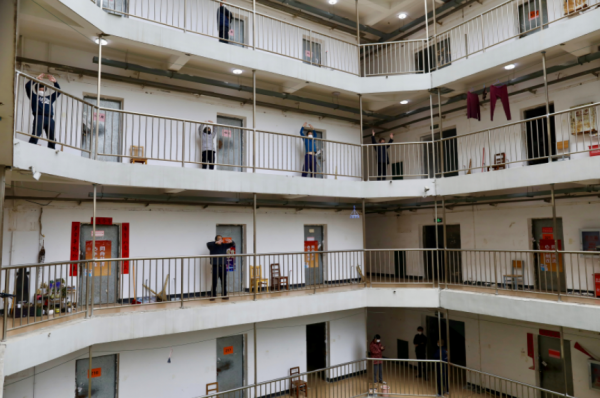 (Photo : Reuters)
Patients who have been cured of the novel coronavirus disease (COVID-19) and discharged from hospitals exercise at a quarantine center in Wuhan, the epicentre of the novel coronavirus outbreak, in Hubei province, China March 12, 2020. China Daily via REUTERS ATTENTION EDITORS - THIS IMAGE WAS PROVIDED BY A THIRD PARTY. CHINA OUT.

When China first identified the new virus that causes pneumonia-like illness among its people, experts have been clamoring to look for a treatment to avoid it from escalating. Unfortunately, the novel coronavirus has already spread across the globe and is already labeled as a pandemic crisis by the World Health Organization.

Although the virus is still wreaking havoc around the world and even affecting the economy, a lot of the infected patients have recovered. They have tried to go back to their lives but they have reported that it is no longer the same as it were before.

Recovering From the Virus

There were about 12 patients that first recovered from the novel coronavirus and two to three of them are unable to function as they had before getting infected, said Dr. Owen Tsang Tak-yin a medical doctor of the Infectious Disease Center at Princess Margaret Hospital in Kwai Chung.

Those recovered patients are experiencing shortness of breath when they walk a bit more quickly. Tsang suggested some cardiovascular activities that can help improve lung capacity, like swimming.

Lung scans of the other nine people suggest that they are suffering from organ damage. But according to him, it had yet to be determined whether they will also suffer the hardening of lung tissues or the pulmonary fibrosis which will prevent the lung to function properly.

Although it is too early yet to establish the long-term effects of COVID-19, some seemingly frosted glass or "ground glass" in the organs of those nine patients were found during the CT scan conducted on them. The Business Insider's Aria Bendrix reported that this is a phenomenon wherein fluid builds up in the lungs and can be seen as white patches.

The South China Morning Post revealed that coronavirus patients have been treated using Kaletra, an HIV/AIDS medication; Ribavirin, a hepatitis drug; and interferon which is an important modulator of the immune system.

In a recent report from Independent News, the first person will be tested tomorrow on the new COVID-19 vaccine in the United States but experts have warned that this could take more than a year to get the full results of the vaccine.

The person to undergo this clinical trial will receive the vaccine on Monday to test any side effects but they will not infect the said person with the virus.

The experimental trial is funded by the National Institutes of Health. It will begin with 45 volunteers with no existing medical conditions at the Kaiser Permanente Washington Health Research Institute.

Numerous vaccines were already tested around the globe to combat coronavirus such as this one team in Australia that has announced last month that they have developed a vaccine and is now testing it on animals.

As of March 16, there are already 169,935 infected cases of COVID-19. 92% of 77,776 have already recovered and discharged, while about 8% or 6,523 are the numbers of deaths. Most of the cases are still considered serious or in critical condition with 7% or 5,923, and the rest 93% or 79, 713 people have a mild condition. This means that among these infected people, a greater percentage will recover than those who will not.