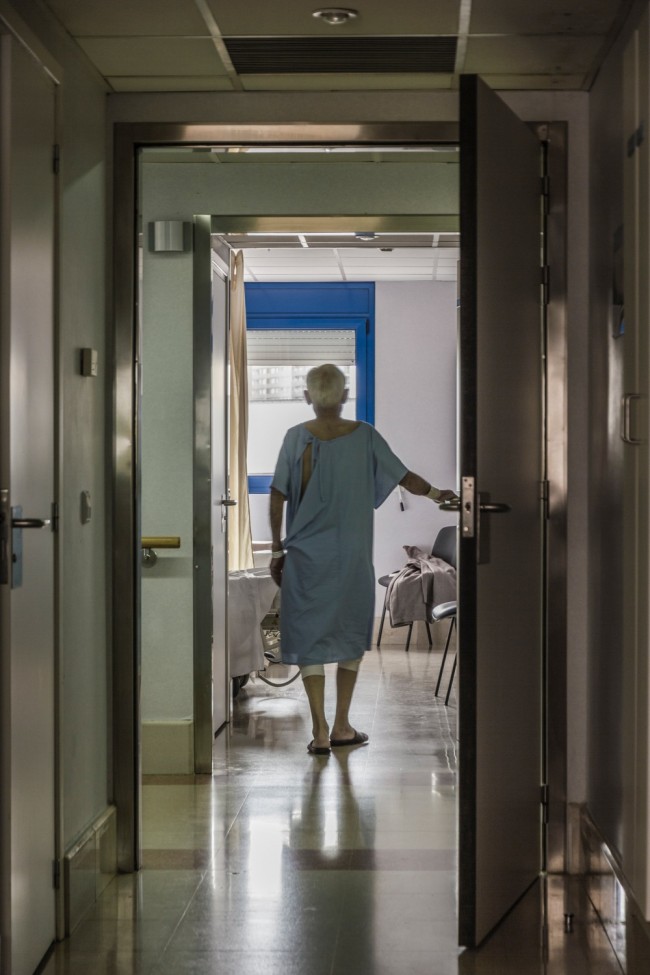 Family members are worried due to Birtwistle's preexisting condition of paralysis, dysphagia, and his inability to talk. All of these had resulted due to previous episodes of stroke when he was younger.

His first stroke occurred when he was 24, which paralysed him down his right side. Years later, when he was 39, he suffered a more severe stroke which resulted in him losing the ability to talk and swallow.

During his stay in the hospital, his doctors advised his family that due to his condition, they would not be able to hook him on a mechanical ventilator, if the need arises.

Birtwistle was discharged from hospital yesterday evening, and a video uploaded to social media showed the medical staff cheering as he left the ward.

Read Also: Wuhan, China Revises COVID-19 Death Toll Up by 50% More to Over 4,600 Amid Allegations of Cover Up: Officials Explain Why

Birtwistle's niece, Gaynor Kenna, recounts how three weeks ago, they called an ambulance because his uncle was experiencing symptoms of COVID-19. He was then taken to Royal Bolton Hospital, swabbed for testing and two days later, the test came out positive for coronavirus.

Kenna expressed her worry about how her uncle was prone to pneumonia and that he went in and out of the hospital all year.

His family recalls being faced with an added layer of worry as the doctors told them that he couldn't be placed on a mechanical ventilator due to his existing conditions. To make matters worse, Birtwistle had to transfer from his ward when his percutaneous endoscopic gastrostomy feeding tube got infected.

Kenna adds that her uncle's condition had been unstable during the course of his admission, and only began to show signs of recovery in the last four days of his stay in the hospital.

Kenna thanked and acknowledged how the NHS staff on D4 and C3 looked after her uncle and supported the family during the horrendous time.

The Dangers of Stroke

A stroke, or brain attack, happens when blood flow to the brain is interrupted. It is considered an emergency situation and warrants the need to call an ambulance.

The brain needs a nonstop supply of oxygen and nutrients in order to function correctly. If blood supply is stopped even for a short while, it can cause serious problems. Brain cells begin to die after just a few minutes without blood or oxygen.

When brain cells die, the brain loses its function. A stroke may affect a person's ability to move, eat, speak, control one's bowel and bladder, and a lot more. A stroke's occurrence is hard to predict and can happen to anyone at any time.

While age and family history are variables that can't be controlled, there are still certain practices that one can follow to lower the chances of having a stroke.