Watch: A Video Captured of a Humpback Whale Nursing Her Calf in Hawaii 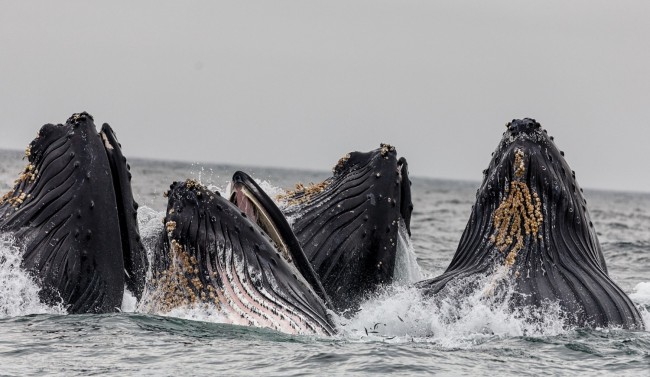 Marine biology experts from the Marine Mammal Research Program at the University of Hawai'i in Mānoa secured footage of a humpback whale swimming in tandem with her calf, breastfeeding. The video was taken back in February as part of a two-week sampling to observe the behavior of humpback whale in their breeding ground off the coast of Maui.

The team also consists of scientists from the Goldbogen Lab at Stanford University's Hopkins Marine Station and the Friedlander Lab at the University of California. With their combined efforts, they were able to secure videos that display rare footage of a mother whale providing nourishment to her calf.

Information gathered from the research will allow the team to calibrate the whale's nursing and resting behaviors in terms of quantity and duration. It will also help them learn more about the calves' interaction with their mothers and with other whales as well.

How did they capture the video?

The marine biologists attached non-invasive suction cup tags to the backs of at least seven baby humpback whales, who were all still dependent on their mothers.

The cameras captured their actions from the baby whale's perspective, while the accelerometers on the tags measured their swimming speed. The researchers were able to capture between five to 20 hours of footage per whale calf.

The video shows how the baby whale meticulously swims toward its mother's underbelly to swallow milk coming from its mom. Eager fish waiting for leftovers are seen at the sides of the baby whale, waiting for an opportunity to feed on the nutritious liquid as well.

The team also used aerial drones to provide a view from above, allowing scientists to measure the size and assess the overall health of over 120 humpback whales. Another clip displays how a mother humpback whale and calf playfully nudge and glimpse at each other while swimming together.

It is truly enchanting to watch these humongous creatures as they carry on with different aspects of life. Even these giant creatures who can grow up to 60 feet long and weigh 40 tons still show a soft spot when it comes to their young.

Last year, the scientists at MMRP also captured a spectacular video of a baby humpback whale just minutes after its birth from its mother.

How do Whales Breastfeed Under Water?

Although not apparent, whales have nipples. Their nipples are different from humans, though; theirs are inverted and hidden in slits.

When a whale calf shows readiness to feed, it dives underneath its mother and prods the mammary slits. This action sends a signal to the mother whale to release the nipples and eject the milk.

The calf wraps its mouth around the slit, trying to catch the milk in its mouth. The baby whale rolls its tongue into a tube shape to facilitate a better catch. Whale's breastmilk has a high-fat content, which allows it to pass easily into the water. The milk's fat content ranges from 35 to 50 percent in many species.