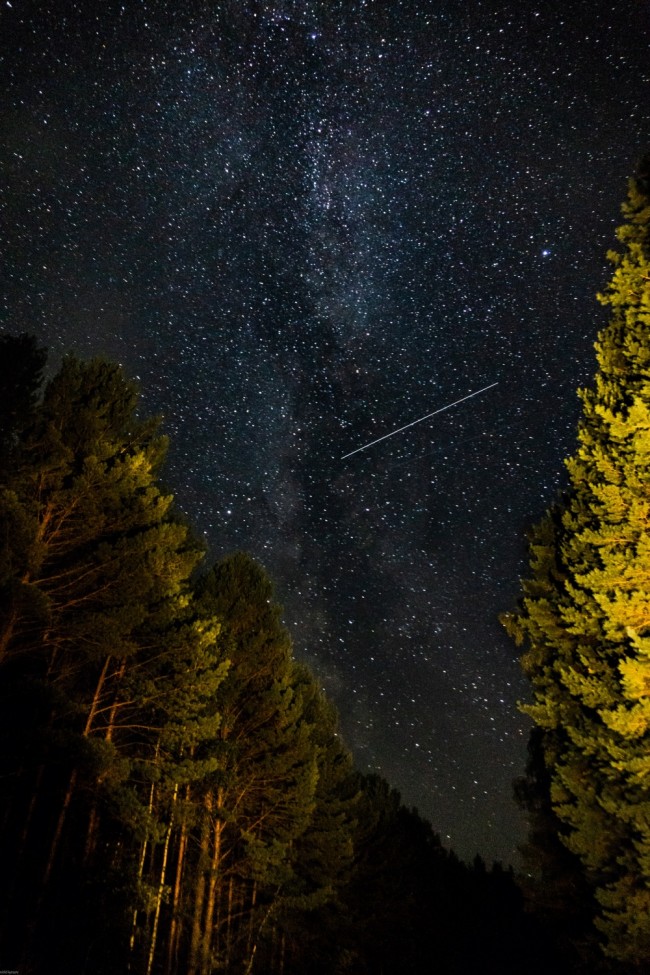 Any plans for the weekend? Just like the rest of us, you're probably just stuck at home. Make this weekend unlike any other quarantine weekend, and highlight it by watching the Eta Aquariids meteor shower.

Dozens of shooting stars will appear every hour this weekend and will end at its peak on Tuesday. Astronomers urge watchers to prepare to sit outside for hours, making sure they get comfortable as they might need to wait long. However, a good thing is you won't be needing any special equipment such as binoculars or a telescope.

Experts also encourage keeping on the lookout in all directions to not miss the brightest and most impressive shooting stars off to the other side. The meteor shower will be best seen in the southern hemisphere. Observers from the northern hemisphere will also see the meteor shower, however, just not as clear.

According to NASA, the best way to keep an eye out for the Eta Aquariids is to lie on your back and look straight up. They say it gives you the most extensive view of the sky without straining your neck.

The Royal Museums Greenwich also advises spectators to find a safe location away from sources of light pollution such as lamp posts and street lights. The museum also says that there is no specific peak for the Eta Aquariids as they tend to level off at a decent rate over a week up to May 7.

Clare Kenyon, a physicist from the University of Melbourne, said that it's the ideal stargazing activity because you won't be needing equipment, except for maybe a blanket and thermos. It would be the perfect activity to cap off the week.

For those who might miss the Eta Aquariids, the next major meteor shower will be the Perseids in August. The sky will showcase over 100 shooting stars per hour at their peak and will display bright, fast meteors.

According to experts, Eta Aqauriids don't produce as many stars per hour as the Perseids. However, astronomers say the asteroids will be just as bright if not brighter.

Eta Aquariids are created from the remains left behind by Halley's Comet. It occurs every year from the middle of April until the end of May. It acquired its name from the constellation Aquarius, since it falls from that point and the star Eta Aquarii in the sky.

Meteors are pieces of debris that enter the Earth's atmosphere at speeds of up to 148,000 miles per hour. Known for their speed, the meteors will leave a trail of glowing debris following them after they are vaporized.

The Moon will be in its waxing disproportional phase during the peak of the shower. Nevertheless, it shouldn't cause a problem with the viewing since it will be below the horizon before daybreak.

The Eta Aquariids is one of two showers formed by the debris from Halley's Comet. The other is the Orionid meteor shower, which appears in October, displaying 25 shooting stars per hour.