Bacteria have been known to source energy from photosynthesis, carbon, dead organic material, or a symbiotic relationship with other organisms. For the first time, scientists discovered bacteria that consume manganese.

Published in the journal Nature, microbiologists from the California Institute of Technology (Caltech) describe a microbe that existed more than one hundred years ago. The accidental discovery unearthed important aspects of manganese, a very common element on earth that researchers find difficult to understand. 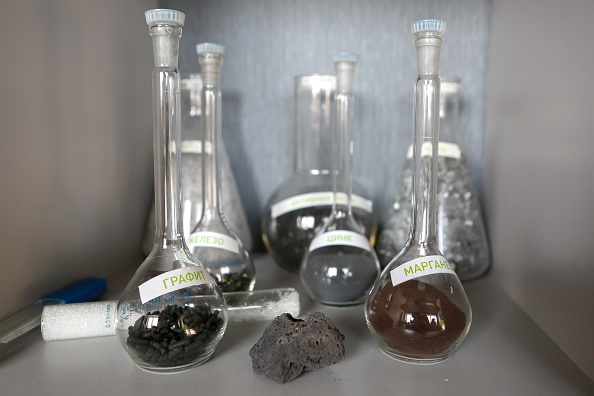 "These are the first bacteria found to use manganese as their source of fuel," said Professor Jared Leadbetter from the Division of Geological and Planetary Sciences, Caltech. His partner in the study, Hang Yu, shared, "A wonderful aspect of microbes in nature is that they can metabolize seemingly unlikely materials, like metals, yielding energy useful to the cell."

In a process called chemosynthesis, the bacteria utilize manganese to convert carbon dioxide into biomass. Previous research had already revealed the ability of bacteria and fungi to oxidize manganese and remove the metal's electrons. However, this is the first time it is observed to be a source of energy for microbes.

Leadbetter discovered the bacteria by accident after leaving a glass jar with a chalk-like form of manganese. After performing a few light experiments with the metal, he left the glass jar in the sink full of tap water and left the campus to work from home.

When he returned, the jar was covered with a dark substance. After contemplating what it could possibly be, he, "started to wonder if long-sought-after microbes might be responsible, so we systematically performed tests to figure that out."

The dark material had been oxidized manganese converted by bacteria that most likely came from tap water. "There is evidence that relatives of these creatures reside in groundwater, and a portion of Pasadena's drinking water is pumped from local aquifers," Leadbetter explained.

Manganese is a natural element found abundantly on earth. When it oxidizes, its dark and clumpy form is what is commonly seen in nature, found in water-distribution systems for drinking water and subsurface deposits on the sea bed.

Several environmental engineering studies have described drinking water-distribution systems getting clogged by manganese oxides, shared Leadbetter. "But how and for what reason such material is generated there has remained an enigma. Clearly, many scientists have considered that bacteria using manganese for energy might be responsible, but evidence supporting this idea was not available until now."

Their discovery gives scientists better insight into groundwater geochemistry. Since bacteria can perform bioremediation, or degrade groundwater pollutants, the outcome is favorable.

"The bacteria we have discovered can produce [manganese oxide], thus they enjoy a lifestyle that also serves to supply the other microbes with what they need to perform reactions that we consider to be beneficial and desirable," said Leadbetter.

Woodward Fischer, a geobiologist from Caltech had described Leadbetter and Yu's research as filling "a major intellectual gap in our understanding of Earth's elemental cycles."

The study also adds to the diversity of what manganese can do and how one of the most common metals on Earth "has shaped the evolution of life on our planet."