[WATCH] The Engineer's Best Friend: An Inside Look at Ford's Robotic Dog, Fluffy

Robots have replaced much of manual labor in factories thanks to modern technology. Ford recently revealed that they've been using Boston Dynamics' dog-like robot model called Spot, which the company has named Fluffy.

The Spot model is an agile four-legged robot that climbs stairs and traverses rough terrain with unprecedented ease, yet is small enough to use indoors. Ford's advanced manufacturing center digital engineering manager Mark Goderis explained that the robot's camera scan help the engineers design upgrades within their workstation.

Fluffy also has a companion robot named Scouter, where they help each other move around the factory to save power. They are both being tested at the company's Van Dyke Transmission Plant in Michigan, which is a cost-effective alternative compared to engineers covering the entire factory with cameras on a tripod.

Spot isn't the first robot that Ford has tested. In 2019, they teamed up with Agility Robotics by having Digit, a two-legged robot, make deliveries.

Since online shopping has become increasingly popular and convenient, Digit's ability to carry packages up to 40 pounds is ideal. Ford had explored the possibility of someday having robot courier services since the U.S. Postal Service has been overwhelmed with deliveries in recent years.

Fluffy's top speed is at three miles per hour for about 1.5 hours on battery power and is controlled by a handheld device. It has advanced navigating skills with its 360° obstacle avoidance having five-camera 'eyes.'

The robot also has two payload ports in its front and middle portions of the body, which can carry up to 30 pounds. Moreover, if it crashes or falls, it has a dynamic response that allows it to stand back up on its own. 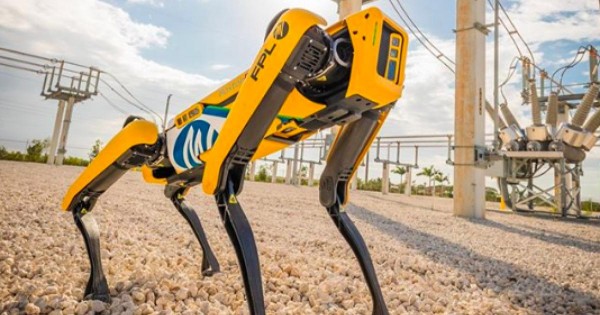 Aside from factory work, Spot can be used to inspect construction sites with the complimentary Building Information Modeling (BIM) attached to it. Spot can function in working environments as cold as -4 degrees Fahrenheit as well as 'remotely perform inspections in electrified or radiation dense areas.'

For public safety, especially at the time of the current pandemic, the advanced cameras can keep watch of dangerous scenarios, inspect hazardous packages, and even inspect triage patients. Similar to robots used in China, Spot can also make food or medicine deliveries to avoid human-to-human contact and disinfect hospital rooms too.

Moreover, Spot can be integrated with sensors and software to customize its use according to what companies need. Developers can program the robot to perform specific tasks or design other ways to expand their capabilities.

While others might believe that human labor will soon be replaced entirely by machines, that is not the case. Goderis said, "Our goal isn't to displace any of the workforce; automating our processes and making the engineers and people that work for our company more efficient and effective in building quality products." Ford also said, "These robots can be deployed into tough-to-reach areas within the plant to scan the area with laser scanners and high-definition cameras, collecting data used to retool plants, saving Ford engineers time and money."