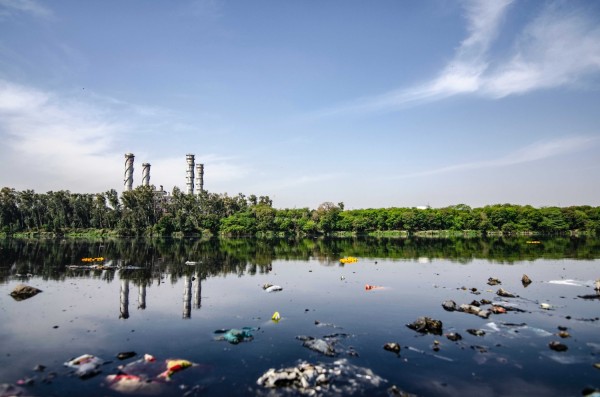 Several accounts of dolphins and whales have been found washed up and dead along the coast of North Carolina and Florida. Researchers from the Florida Atlantic University's (FAU) Harbor Branch Oceanographic Institute analyzed tissue concentrations of stranded animals and found several toxins.

Most plastics have an added plasticizer or a substance that makes the material softer and more flexible. Plasticizers are suspected to be endocrine-disrupting chemicals, which can severely harm wildlife species, especially organ systems.

83 stranded odontocetes, or toothed whales, comprised of 11 species were all tested for five types of organic toxicants, essential elements like minerals, and non-essential elements like lead and mercury, along with America's southeastern coast. The published paper can be found in the journal Frontiers in Marine Science which is a collaboration between several universities, the Loggerhead Marinelife Center, North Carolina Aquariums, Marine Mammal Pathology Services, and Marine Mammal Stranding Network of the Central North Carolina Coast.

From the odontocetes, 111 samples were analyzed include 36 blubber and 75 liver samples. Some animals were from mass stranding, like a particular occasion in 2012 in Hatteras, North Carolina, while others were from single stranding events.

The toxins included the herbicide atrazine, diethyl phthalate (a substance found in plastics), triclosan, and nonylphenol ethoxylate (NPE). NPE is a common ingredient for commercial detergents while triclosan is an antibacterial and antifungal agent.

It is the first time that these toxicants were reported in the blubber tissue of stranded Gervais' beaked whales and one white-beaked dolphin. Discovering the various toxicants can help scientists trace the source of the harmful chemicals that find their way into the marine food web.

Dr. Annie Page-Karjian, a clinical veterinarian and research professor at FAU's Harbor Branch, and her team found that toxicant and element concentrations varied depending on age, location, sex, and species. Some bottlenose dolphins had higher concentrations of elements like lead, manganese, and mercury than the other animals.

'We must do our part to reduce the number of toxicants that enter into our marine environment, which have important health and environmental implications not just for marine life but for humans,' said Page-Karjian. 'These chemicals work their way up through the food chain and get more concentrated the higher up they go. When dolphins and whales eat fish with concentrations of the chemicals, the toxic elements enter their bodies. Dolphins eat a variety of fish and shrimp in these marine environments and so do humans.'