Substance abuse has been an increasing problem among homeless youth in the United States. A team from Penn State, Pennsylvania, recently developed an artificial intelligence algorithm that predicts homeless youths' susceptibility to substance abuse.

Researchers from the College of Information Science and Technology also believe it is best to create personalized rehabilitation programs for the youth with the highest susceptibility to drug abuse. Although a lot of programs all over the country already exist, they are not necessarily effective because they lack environmental and psychological contexts that are associated with the development of drug addiction.

Developing AI and machine learning solutions would have sets of automated data associated with homeless use dealing with substance use. This would help policymakers develop effective programs and policies in a principled manner, says Maryan Tabar. Their research will be presented at the Knowledge Discovery in Databases at the end of August. 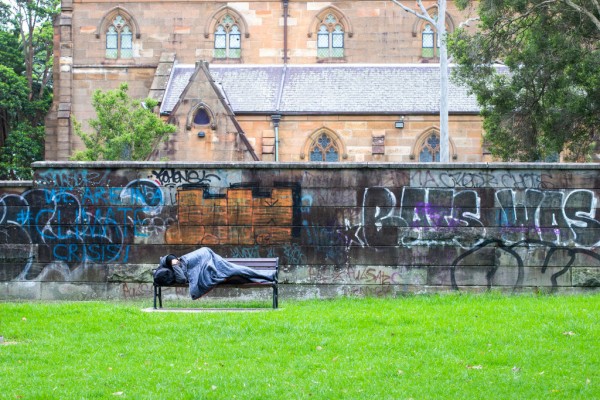 For their study, the team used a database containing the information of about 1,400 homeless youth from the age of 18 to 26 across six states, which was collected by the Research, Education, and Advocacy Co-Lab for Youth Stability and Thriving. Substance use disorder was associated with three main factors—behavior, environment, and psychology—which included a criminal record, childhood trauma, and mental health issues.

The datasets were then divided into six sets per state for any geographical differences. This is including homeless youth in different environments, state drug policies, as well as gang associates. Some factors were found to be location-specific, the team shared.

READ: What Are the Signs of Opioid Addiction?

"By looking at what the model has learned, we can effectively find out factors which may play a correlational role with people suffering from substance abuse disorder," said Yadav. "And once we know these factors, we are much more accurately able to predict whether somebody suffers from substance use."

Causative issues behind the development of drug addiction are important to pinpoint what treatment would be effective. For example, opioid addiction as a result of isolation or lack of a social circle would involve talking to a counselor during the time in rehab, explained Yadav. If addiction became a hindrance to financial stability, then a career counselor would be best suited for that person.

Medical treatment alone is not sufficient because it's temporary. The homeless youth would be likely to relapse into substance use, and abuse of the causative issue remains, explained Yadav. These guidelines would be useful for interventionists and policy planners to develop programs for substance abuse disorder to be reduced among homeless youth, he said.

Read Also: Children Are Suffering From More Than Just Coronavirus During This Pandemic