Scientists from the University of Delaware have developed a new 'cyborg-like' technology to make it safer when inserting human devices inside the body to better monitor a person's health and track any signs of a tumor.

Researchers said that connecting electronics or machines to tissues had been a huge problem as the usual materials, gold and silicon can cause scarring in the tissue, which interrupts the data flow.

According to the team, some applications, such as muscle or brain tissues, require electrical signals to flow for them to function properly. However, the scarring would interrupt this action.

To solve this problem, the US-based researchers have developed a polymer coating so that these devices will no longer create scars on the tissues. 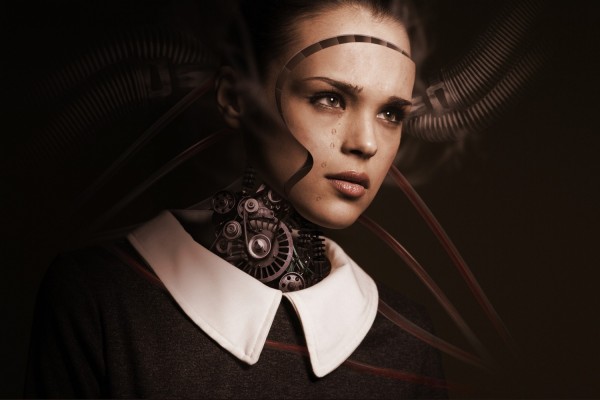 According to lead author Professor David Martin from the University of Delaware, the idea of using a coating for the human devices came to them while they are trying to connect rigid, inorganic microelectrodes to the brain, which is made up of organic, salty, and live materials.

They found themselves stuck as their methods in connecting the device to the brain were not working. So, they sought out an alternative, which included using the organic electrode materials like conjugated polymers.

Martin said that they found a chemically stable example being sold as an anti-static coating for electronic displays and decided to use it. They found that the polymer possesses properties necessary for connecting electronics to tissues.

These polymers are both electrically and ionically active, said Martin. "Counter ions give them the charge they need so when they are in operation, both electrons and ions are moving around."

This polymer is called the poly(3,4-ethylene dioxythiophene) or also known as PEDOT. It dramatically enhanced the medical implants' performance by lowering their impedance two to three orders of magnitude.

Doing so increases the signal quality and the lifetime of the battery in patients, the researchers said. Recently, PEDOT polymers were used in several new developments, including the red brick or 'smart brick' technology that can store electric charges like a battery.

Martin has found ways of specializing the polymer to put it in different functional groups of PEDOT, making it more efficient.

He decided to add a carboxylic acid, aldehyde, or maleimide substitute to ethylene dioxythiophene (EDOT) monomer. It gave the researchers a variety of ways to create polymers for different functions. The researchers said that mixing unsubstituted monomers with another of its type would provide them with a material with several locations where they could attach DNA, antibodies, and peptides.

In a separate study, scientists will also be attaching electronics to locusts to create cyborg locusts to detect and track explosives.

Meanwhile, Martin's team created a PEDOT film with an antibody for VEGF (vascular endothelial growth factor), designed to stimulate blood vessel growth after an injury. The polymer could act as a sensor to detect any over-expression of VEGF to spot the early stages of tumors and diseases.

Moreover, some of the polymers have neurotransmitters to help them sense or treat the brain or disorders of the nervous system. Martin says that someday these polymers might be used in merging AI with the human brain.