In the past months, many people have suffered alcohol poisoning from fear of getting the deadly virus and misinformation. The U.S. Food and Drug Administration's warning list about toxic methanol-based hand sanitizers now continues to grow.

Others drank toxic alcohol after believing a rumor circulating online that it can disinfect the body and that they can get an alcohol buzz. The latter is common in people with substance use disorder, said registered nurse Maureen Roland.

In July, FDA warned the public that methanol is not an acceptable ingredient for hand sanitizers because of its harmful effects. As of now, their investigation on hand sanitizers is still ongoing. But Roland and her colleagues noticed a surge of methanol poisoning cases starting in May.

On August 14, CDC's Morbidity and Mortality Weekly Report recorded their first 15 cases from Arizona and New Mexico, and the poisoning continues despite the health authorities' warnings.

Across the United States, there are about 1,585 exposures to methanol-based hand sanitizers reported from May until August. There were cases also recorded in Australia, Bangladesh, Japan, and other countries victimized by infodemic. 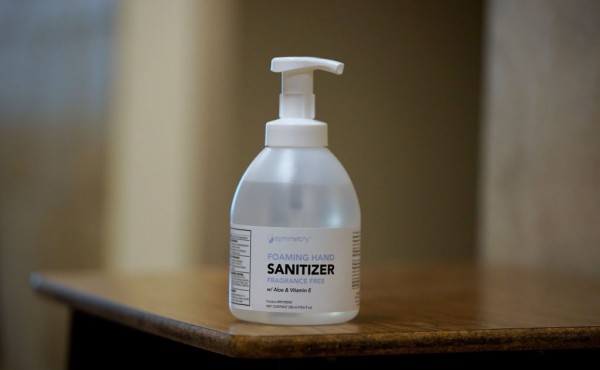 (Photo: Getty Images)
PROVO, UT - AUGUST 13: A bottle of hand sanitizer sits on a desk at Freedom Preparatory Academy as teachers begin to prepare to restart school after it was closed in March due to COVID-19 on August 13, 2020, in Provo, Utah. The school is planning to have students return on August 18 for five days a week instruction, but with reduced hours during the day. (Photo by George Frey/Getty Images)

Due to that, the FDA's list has grown to 160 brands warning people to avoid these methanol-based alcohol formulations or hand sanitizers. Aside from methanol, FDA also warns people from using products with high levels of ethyl alcohol or isopropyl alcohol, the acceptable ingredient for making hand sanitizers.

Some companies have already voluntarily recalled their methanol-based hand sanitizers, following recommendations from the FDA. For other brands, the FDA has already issued an import alert to prevent these products from entering the country.

CDC recommends the alcohol-based hand sanitizers for public use that contain at least 60 percent ethyl alcohol or 70 percent isopropyl alcohol. However, they emphasize that methanol is not an acceptable ingredient for hand sanitizers due to its toxic effect.

FDA warns that methanol or wood alcohol can harm a person once it is absorbed by the skin or ingested. However, the CDC said that the poisoning of methanol through the skin is quite rare.

FDA said that those who have already bought methanol-based alcohol should dispose of the products as hazardous waste.

Four out of 15 cases reported in Arizona and New Mexico have already died from alcohol poisoning, while three of them were discharged with visual impairment. Six of them had seizures while they were in the hospital, and nine of them required kidney treatments like dialysis.

The patients reported symptoms such as headache, blurred vision, vomiting and nausea, decreased level of consciousness, and loss of coordination. Since methanol is proven to have a direct impact on the optic nerve, the ingestion of the chemical could lead to blindness.

Roland said that alcohol poisoning in the area has continued despite warnings from the government. In their center alone, they recorded a 30 percent increase in cases than the previous months. She said that in Arizona, there were 40 intentional hand sanitizer poisoning since mid-May. There were also three exposure last weekend and one fatality on Monday.