Bubonic plague is a plague caused by the bacteria Yersinia pestis. Its symptoms routinely include fever, headache, chills, and weakness. The lymph nodes swell up, feeling tender and painful. This disease is commonly transmitted to humans from fleas in rats, with the flea bite or an exposed tissue allowing the bacteria to enter the body.

Aside from the global coronavirus, the previous months have been marked with cases of bubonic plague apparently making a comeback - with cases being recorded from Inner Mongolia to California in the United States. 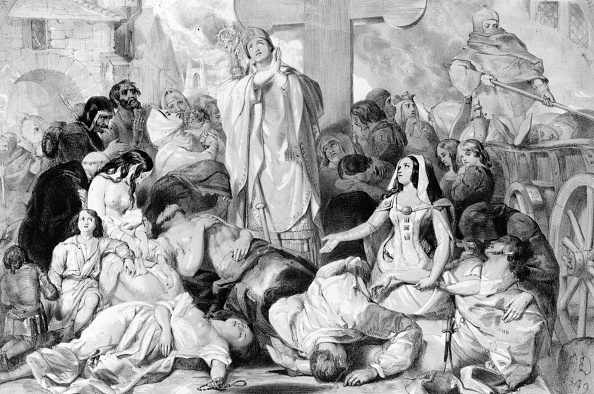 RELATED: Districts in Inner Mongolia on Lockdown Due to Bubonic Plague

Although bubonic plague is now curable through the use of antibiotics, this was not always the case. Here are three periods in history where the bubonic plague caused pandemics:

The first recorded case of a bubonic plague pandemic infected nearly the entire Mediterranean, most parts of Europe, and extending up to what is now Turkey, Iran, and Egypt. It was named after Justinian I, the Roman Emperor based in Constantinople, who contracted the disease and recovered sometime in 542 AD.

This outbreak reportedly began in 541 to 549, killing about 20 percent of the people in Constantinople. It was later followed by eighteen waves of the pandemic, about one in every twelve years, lasting until 750 AD.

The second pandemic of the bubonic plague was relatively shorter, lasting for only seven years. However, its reach and death toll has made it the deadliest pandemic ever recorded in human history. The most commonly accepted theory is that it originated from Central or East Asia, with Mongolia being cited as the most probable source. It then traveled through Crimea and spread to most of the known world at the time - Asia, Africa, and Europe.

Its death toll is estimated to be somewhere between 75 to 200 million people. It was during this pandemic that bubonic plague earned the name "The Black Death," referring to blackening swollen lymph nodes that were the most visible symptom.

A large number of deaths from the second bubonic plague pandemic may have caused a "Little Ice Age," marked by a significant drop in the world's average temperature and allowing natural reforestation to occur, as suggested by a group of researchers in 2006.

The third global pandemic also originated in Eastern Asia, with Yunnan Province being the most likely source. It is considered as the longest among the three pandemics, lasting for 105 years in total. It started in 1855, the fifth year of the Qing Dynasty's Xianfeng Emperor, up until 1960 when the World Health Organization declared it inactive with only 200 cases annually.

It was also widely accepted as a mixture of two sources. The first was bubonic, where the disease was transmitted by fleas and rats to humans, going to the same land and maritime trading routes to spread. The second one was pneumonic, mostly spread through person to person contamination. 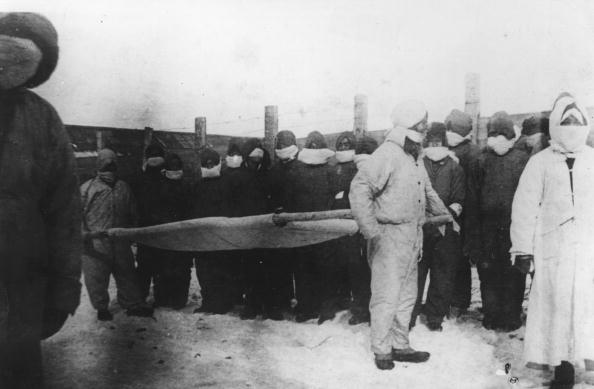 (Photo: Photo by Hulton Archive/Getty Images)
1912: Stretcher bearers prepare to move the dead during a plague in Manchuria.

During its long run, WHO reported a death toll of more than 12 million deaths, with 10 million of them coming from the Indian subcontinent alone. Recorded outbreaks included Japan and the Philippines in Asia, Australia, South American nations of Trinidad, Venezuela, Ecuador, and Peru, as well as the UK and France in Europe.

Check out more news and information about Bubonic Plague in Science Times.