Retired passenger airplanes are being repurposed to aid in the fight against increasing cases of wildfires around the world.

The past months were rife with wildfires burning lands from the Australian Bushfire Season that lasted until last May. Recently, the previous week saw the California wildfires blaze through over a million acres of land, already causing six deaths and more than forty injuries.

NASA has noted the increase of wildfires as an effect of climate change. It points to increased temperature and droughts to be prime factors in causing increased risks of starting these fires. 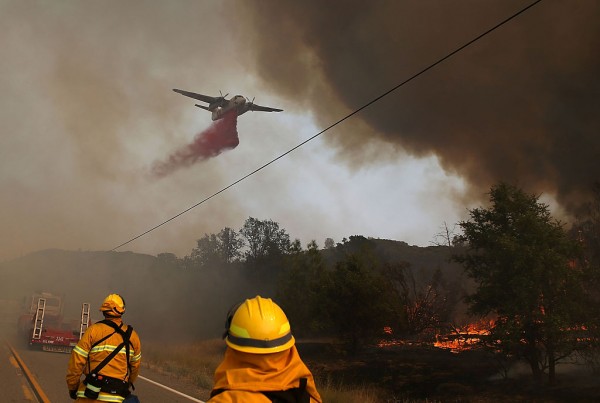 (Photo: Justin Sullivan/Getty Images/File photo)
A firefighting airplane drops retardant on spot fires while battling the Rocky Fire on July 30, 2015, in Lower Lake, California. Over 600 firefighters are battling the Rocky Fire that erupted to over 8,000 acres since it started on Wednesday afternoon. The fire is currently zero percent contained and has destroyed three homes.

Aerial Support Against In Firefighting Efforts

While firefighters are working on the ground to face the fires, the bare scope of these flames requires a larger amount of fire retardant or water to be quickly delivered over a large area. In the recent California wildfires, firefighters are already hard-pressed to suppress more than 560 blazes in different parts of the state. Dry thunderstorms and pyrocumulus clouds make their jobs difficult as these parts of the local weather systems risk sparking more fires and spreading existing ones.

It has prompted aerial firefighting firms to repurpose former passenger airplanes to become airborne fire trucks. Since these flying vessels were originally designed and constructed to carry passengers and not loads of fire fighting materials, these firms had to make changes in the existing setup to accommodate their new tasks. In particular, these aerial firefighting firms are looking at the larger passenger planes - such as the Boeing 747 - to maximize their capacity and fire fighting ability. 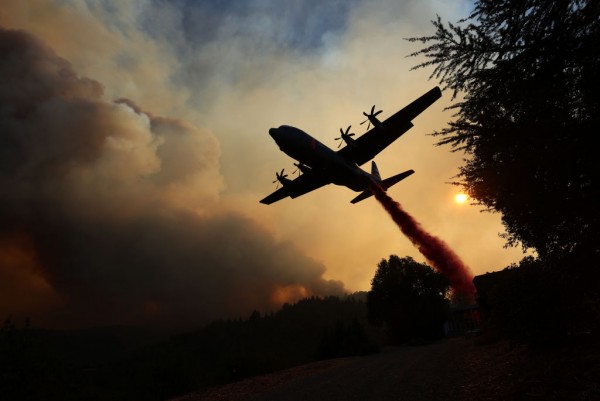 The Boeing 747, a long-range wide-body airliner, used to fly for Japan Airlines before serving as a cargo aircraft on behalf of Evergreen International Airlines. It was formerly known as the largest passenger airplane until the Airbus A380 surpassed it in 2007. Now, the Boeing 747 holds the title of the world's largest firefighting aircraft. Business Insider notes that there is only one of these planes, in this application, in existence. Its cabin that once hosted passengers now holds water tanks.

The only active Boeing 747 used as a firefighting vessel is now known as the Global Supertanker. It was derived from the Boeing 747-400 model, which only has 331 other planes remaining active in airline service. The Global Supertanker was first certified for firefighting use by the Federal Aviation Administration (FAA) in September 2016. Since then, it has been used in firefighting flights in Chile and Israel. It was first tasked to suppress California wildfires back in 2017 and is now its current assignment once more.

It has been fitted with a water tank that fills almost the length of the aircraft, occupying what used to be the cabin and the cargo hold areas. The Global Supertanker is capable of carrying 19,200 gallons, or more than 72,000 liters, of fire retardant or water.

During its flight, the Global Supertanker disperses its fire retardant or water through outlets or ports mounted on its belly. According to the company, this repurposed aircraft is capable of covering an area 3 miles long and about 150 feet wide with a fire retardant.

While the aircraft is based in Colorado Springs, Colorado, the Global Supertanker can operate from any airport close to the fires, provided it has the required facility, including an 8,000-foot runway.