Is Caffeine Consumption Safe During Pregnancy?

Experts disagree on whether or not drinking coffee or other caffeinated beverages is safe for pregnant women. Although a recent observational study reveals that frequent and high caffeine consumption is unsafe during pregnancy, other doctors disagree. 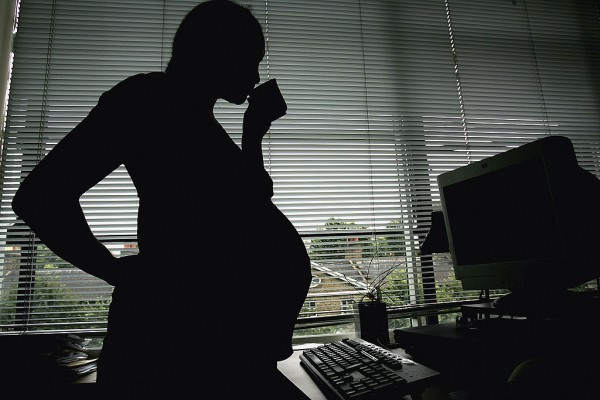 Previously, experts have created guidelines saying that drinking 6.7 fluid ounces (200 milligrams) or less is not harmful during pregnancy, which was set by the Dietary Guidelines for Americans European Food Safety Authority and the UK NHS. Dr. Christopher Zahn of the American College of Obstetricians and Gynecologists, an organization that also took part in setting caffeine intake standards, said that this amount of moderate caffeine consumption 'does not appear to be a major contributing factor in miscarriage or preterm birth.'

The new review of several observational studies was released by the British Medical Journal - Evidence-Based Medicine, claiming that any amount of caffeine is unsafe during pregnancy. Led by Professor Jack James from Reykjavik University, the team looked at over 1,000 articles linking caffeine and pregnancy outcomes.

Other experts disagree completely and say that the previous guidelines of low to moderate caffeine consumption remain safe. Dr. Daghni Rajasingam of the Royal College of Obstetricians and Gynaecologists said that the observational study 'does not supersede all the other evidence that has found that a limited intake of caffeine is safe for the majority of pregnant women.'

Dr. Alan Leviton, who teaches neurology at Harvard Medical School, was quoted by the National Coffee Association saying that 'The review draws conclusions from studies that rely on self-reported consumption data, which is notoriously inaccurate.' Andrew Shennan from King's College London shared that the negative outcomes of pregnancy may be linked to excessive consumption of caffeine associated with other harmful habits such as smoking cigarettes or alcohol consumption. The study also lacks indications if low intake of caffeine is harmful, said Shennan.

Dr. Rajasignam also commented on the increased risk of miscarriage and babies having health problems such as obesity later on saying that 'these risks are extremely small.' He also explained that even if the daily caffeine limit is exceeded, the risks do not significantly increase.

The caffeine guidelines are equivalent to about a 14-ounce cup of coffee at about 6.8 fluid ounces/210 mg. Aside from coffee, caffeine can also be found in tea, energy drinks, chocolate bars, and soda.

Read Also: Drinking in Pregnancy - Latest Insight into the Harms it Causes

Check out for more news and information on Caffeine and Pregnancy on Science Times.