August was full of cosmic activities such as the Perseid meteor shower, the appearance of several planets, and the Sturgeon Moon. The next full moon, or the Corn Moon, will be on September 2, holding a lot of significance for Native Americans and Buddhists. 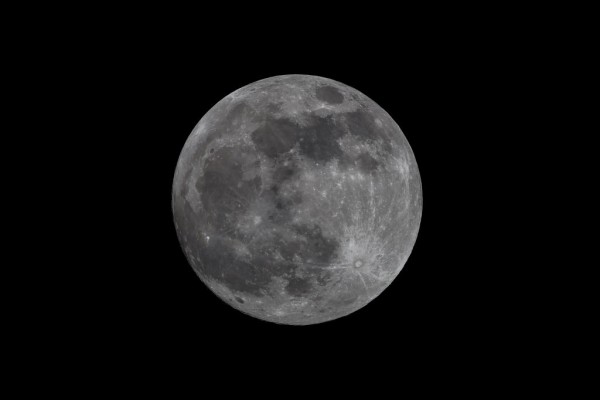 Astronomically, the Corn Moon appears close to the fall equinox, or when the equator passes through the Sun's geometric center. During this time of the year, day and night hours are nearly equal everywhere on Earth.

The moon will appear full up until September 5. NASA also shared that the moon will rise almost exactly as the Sun sets, and sets just as the Sun rises the next day.

The September full moon is also known as the Barley Moon in Europe but was named the Corn Moon by the Native Americans. Most of the western names for the moons were created by the Algonquin tribes to mark the seasons.

As the name suggests, September is when the tribes gather corn and other staple crops such as wild rice, beans, squash pumpkins. The gathering of crops would carry on throughout October, which is marked by the Harvest Moon, where farmers would work until late at night during the peak season.

READ: After 50 Years, Earth Receives Laser Signals From the Moon

For Buddhists, it is known as the Honey Full Moon or Modhu Purnima by the Mon people from Thailand. At the same time, it is celebrated by people in Bangladesh as well in the Honey-offering Festival. The festival is a time to celebrate the time that Buddha was given fruit and honeycomb by a monkey and an elephant named Parileyyaka while he was in the wilderness. Buddha had retreated into isolation after his disciples became divided into two groups. When the two factions vowed unity, they sought out Buddha in the wilderness. Buddha then told them that Parileyyaka, the elephant, "lives alone in the forest in the absence of a proper partner. If you do not get associates with wisdom and high thoughts, it is better to live alone in this world, for foolish associates will only increase your suffering." In Sri Lanka, the full moon is celebrated as the Binara Pura Pasalosvaka Poya Day, when the Buddhist Bhikkhuni Order was established, a group of Buddhist nuns. They believe that women can equally reach nirvana, just like men. However, in recent years, the nuns have been fighting for their rights. Since 2004, Christian prelates have been telling the government to no longer recognize the Bhikkhuni identity. Senior nun Kothmale Sri Sumedha Bhikkuni shared, "We are also Buddha's daughters born on this soil. This is nothing but gender discrimination." For years, they had been persecuted until the first nuns were ordained in 1998. Manta Bhani, a monk, shared in 1998 that "Even when Buddha gave permission for a chapter of nuns originally, he hesitated because females are very feeble in this world and can be harassed by others." Today, there are some 4,000 nuns who continue to fight for their rights and identity. The prelates believe that the Bhikkhuni Order can only be re-established when the next Buddha appears.

READ NEXT: NASA Is Getting Ready for the Artemis Moon Missions by 2024

Humans in New Guinea May Have Hatched, Raised Cassowaries 18,000 Years Ago