Scientists from the University of Colorado Boulder have found a solution to the problem of cleaning moon dust that often attach to spacesuits. The study was recently published in Acta Astronautica.

Lunar dust is considered to be one of the problems that humans must conquer to make humanity's dream of colonizing the moon a reality. Lunar dust is very annoying as it sticks to spacesuits, solar panels, and helmets and destroys equipment. This lunar dust is also called the regolith.

Xu Wang, a research associate in the Laboratory for Atmospheric and Space Physics (LASP) at CU Boulder, and his colleagues have developed a way to fix this problem. It involves an electron beam that shoots a concentrated stream of negatively-charged, low-energy particles.

They found that when using it to the lunar dust, it just flew away. Benjamin Farr said that it would not be long that this method will be used in the moon bases to be built in the future. 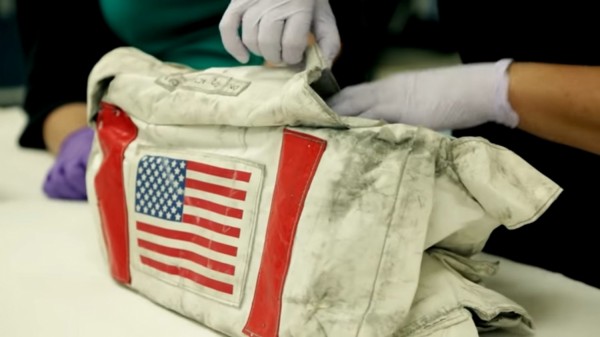 WOW: NASA Offers up to $180,000 to University Students Who Can Help Solve the Lunar Dust Problem

A Promising Solution to Lunar Dust

Apollo-era astronauts might like this new technology as these space pioneers complained about the lunar dust during their missions. One of the astronauts, Harrison "Jack" Schmitt, who was in the lunar mission of Apollo 17 in 1972, said he had an allergic reaction to the lunar and noted that it smelled like "spent gunpowder."

Unlike the dust on Earth, the lunar dust is extra sticky because it is continuously bathed with the Sun's radiation giving it an electric charge. Wang also said that the dust is very jagged and abrasive; it was like a shard of broken glass.

So how do astronauts unstick this naturally sticky dust?

According to a theory, electron beams offer a promising solution as it can turn the electric charges of dust into a weapon against them. Hitting a layer of lunar dust using the electron beam pushes the particles away like when magnets do when the wrong ends are forced together.

Wang said that the dust ejects off of the surface as the charges become so large, repelling each other.

IN CASE YOU MISSED IT: Witches Band Together on TikTok to Hex the Moon: Did They Succeed?

The team loaded a vacuum chamber with various materials that have a NASA-manufactured "lunar simulant" designed to resemble the lunar dust to test the electron beam. Sure enough, the dust poured off in a few minutes after the electron beam is fired.

It also worked on many surfaces, such as on the spacesuit fabric and glass. According to Wang, the method was able to clean the dust on surfaces by about 75 to 85 percent of the time.

But according to Farr, although the electron beam worked, there is still a lot of work to do. Now the researchers are working to make the cleaning power of the beam more powerful.

Nonetheless, the new technology is promising and has real potential. It could be a lot cheaper than NASA's experiment on embedding networks of electrodes in the spacesuits.

Astronauts can simply walk into an electron beam shower to remove the fine lunar dust of the spacesuit.

READ MORE: NASA Launches 'Watts on the Moon Challenge' Together with HeroX to Light Up the Moon For Future Lunar Missions