Solar energy is a growing industry as an alternate source of energy to help reduce the use of fossil fuels as climate change continues to worsen. In a recent discovery, a new type of molecule capable of storing solar energy has been identified. 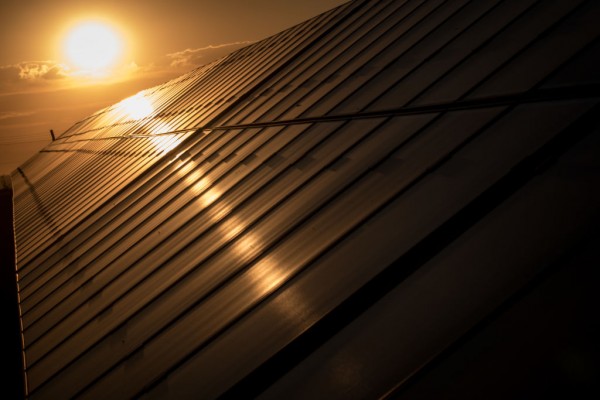 Historians believe that solar energy dates back to the 7th century when people used magnifying glass materials to light fires. Eventually, this form of using the sun for energy was made into 'burning mirrors.'

Later on, sunrooms were developed, where windows were used to direct sunlight into designated areas such as Roman bathhouses. The Anasazi also adapted sunrooms, or early ancestors of Pueblo Native Americans, to harness sunlight for warmth during the winter.

By the 18th and 19th centuries, sunlight was harnessed to power ovens for voyages as well as steamboats. Soon, solar cells were associated with Edmond Becquerel, who intended to use the sun's energy to generate electricity.

Today, photovoltaic solar energy converts sunlight into electricity to power anything from calculators to houses and buildings. Excess energy is typically stored in solar batteries for later use.

Storing Solar Energy in a Molecule

A team of researchers from Linköping University published their findings in the Journal of the American Chemical Society: Nanowerk. The study describes how a molecule can absorb sunlight, then stores the energy within chemical bonds.

Bo Durbeej from Linköping University described that the molecule has two different forms. The parent form absorbs energy from sunlight while the alternative form, where the parent molecule is in an alternative structure, has 'become much more energy-rich while remaining stable. This makes it possible to store the energy in sunlight in the molecule efficiently.'

The team explains that the Earth receives more solar energy than what is currently in use by companies around the world. Although energy from the sun can be absorbed using all kinds of devices and instruments, developers have struggled with storing excess energy efficiently.

The newly discovered molecule is part of the 'molecular photoswitches' group, shared the team. Molecules within this group typically have two different forms which have unique properties. All chemical structures of molecular photoswitches are associated with light energy, meaning that their structure and properties can be altered by illuminating it.

To store large amounts of solar energy in the new molecule, the team experimented with various mechanisms, discovering that the parent form is the most stable. Durbeej explained that most chemical reactions occur when the molecule has high energy and passes to another molecule with low energy, which processes differently. As a result, the molecule that initially had low energy will eventually convert into a high energy molecule.

Read Also: Development of Solar Energy Gets a Boost With Molecules That Produce Hydrogen for Alternative Energy

Photoswitches can be applied in molecular electronics and photopharmacology. One form of a molecule may be pharmacologically active then bind to a protein while another form of the molecule is not active.

Most of the team's calculations and simulations of chemical reactions were done using supercomputers at the National Supercomputer Center. Researchers from the Research Centre from Natural Sciences in Hungary helped the Swedish team by building the new molecule to confirm the theoretical predictions of Durbeej's team.

The new molecule is believed to be a long-term solution to store solar energy efficiently. Durbeej and the team are conducting further studies to discover how stored solar energy can be released from the molecule in the best way.

Check out more news and information on Solar Energy on Science Times.