Lunar Hematite: Why Is There Rust on the Moon?

Rust is the result of iron reacting to oxygen, a common reaction seen in materials on Earth. A recent study describes the same chemical response on the Moon after planetary researchers discovered hematite, an oxidized iron mineral. 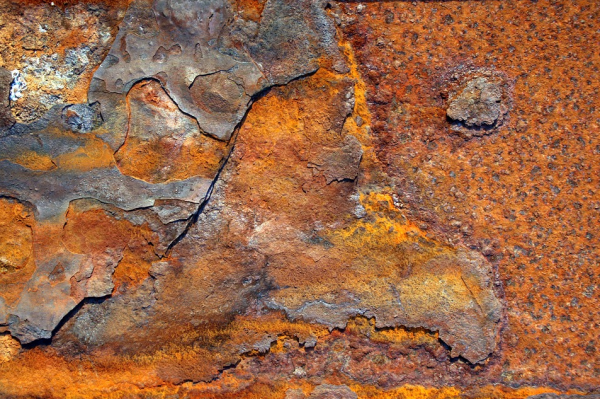 A team from the University of Hawaii Manoa collaborated with the Hawai'i Institute of Geophysics and Planetology (HIGP) and NASA's Jet Propulsion Laboratory researchers on a paper published in the journal Science Advances. Finding a rust-like substance on the Moon was an unexpected discovery considering that its surface lacks oxygen.

The chemical reaction would have only been made possible through hematite, a mineral that contains iron and is highly oxidized. This theory is yet to be confirmed by samples from the Apollo missions. However, solar wind blasts on the Moon contain hydrogen, which results in a reduction, the opposite chemical reaction of oxidation.

Shuai Li from HIGP said that lunar hematite is the result of oxygen from Earth's upper atmosphere continuously blowing towards the Moon for billions of years. Using data discovered by the Moon Mineralogy Mapper (M3) in 2009, he confirmed the presence of water ice in the Moon's polar regions at higher latitudes.

Li's discovery had spectral features and patterns unique from signatures seen at lower latitudes as well as samples collected from Apollo missions. Li became curious if water-rock reactions were possible on the Moon, similar to the oxidation of metals on Earth.

After several months, he discovered the signature of hematite. With the help of researchers from NASA's Jet Propulsion Laboratory, they analyzed data from the M3.

Hematite was mostly found near water content at high latitudes. The team also observed that the mineral was more concentrated on the Moon's nearside, which faces the Earth, suggesting 'that it may be related to Earth,' said Li.

Read Also: Over 500 Patches of Freshly Exposed Bedrock Found on the Moon Proving That It Is Not a Dead Rock After All

Previously, the Japanese Kaguya mission discovered that oxygen from Earth's atmosphere could be transferred to the Moon via solar wind when it is in the planet's magnetotail. To produce the rust-like substance on the Moon, said Li, Earth's oxygen might be the major oxidant as well as interplanetary dust and water.

On the far side of the Moon, where there is no ice water, the team also detected traces of hematite. Li said that hematite formation might even be possible by S-type asteroids, which are composed of iron, iron-silicates, and magnesium silicates. These traces of iron may have been oxidized by lunar ice water.

Li said, 'Earth may have played an important role in the evolution of the Moon's surface.' The new research also sheds new light on the Moon's polar regions.

The team anticipates more lunar samples from NASA's Artemis missions, which is scheduled to launch by 2024. Hematite samples will confirm Earth's possible role in oxidation on the Moon as well as the planet's atmospheric evolution over time.