A new satellite for the National Aeronautics and Space Administration (NASA), named the Sentinel 6 Michael Freilich, is set to launch this coming November.

"Our fundamental goal with Sentinel-6 is to measure the oceans, but the more value we can add, the better," said John Willis, Project Scientist for the Sentinel mission at the NASA Jet Propulsion Laboratory in California.

The Sentinel-6 Michael Freilich was primarily designed to monitor the rise of sea levels with extreme precision. Furthermore, an additional payload on the spacecraft would further allow the Sentinel-6 to take atmospheric measurements, with applications in weather forecasting, hurricane monitoring, and support climate model updates.

"It's not every day that we get to launch a satellite, so collecting more useful data about our oceans and atmosphere is a bonus," Willis added. 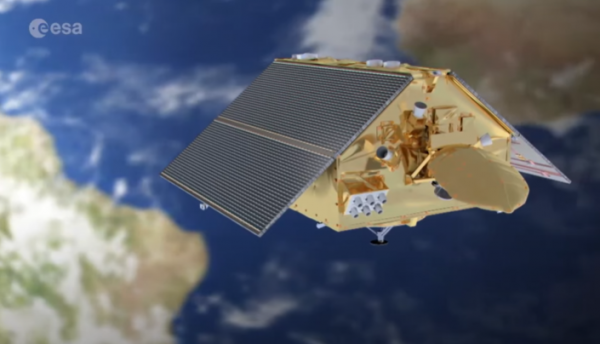 The Sentinel-6 Michael Freilich actually comprises half of the November mission Copernicus Sentinel-6/ Jason-CS, or Continuity of Service, mission. Together the spacecraft will be joining the TOPEX/ Poseidon mission - a joint mission between United States' NASA and France's CNES - and the Jason constellation of Earth orbit satellites that monitor ocean circulation and sea-level heights. The Sentinel-6 satellite is expected to deliver sea level measurements down to the centimeter scales and can cover up to 90 percent of the world's oceans.

The Copernicus Sentinel-6/ Jason-CS will be collecting highly accurate temperature and humidity information from the atmosphere through its built-in  Global Navigation Satellite System - Radio Occultation (GNSS-RO) instrument. It works by sending a radio signal sent that is refracted by the atmosphere, that is, the signal slows down, experiences a frequency change, and the path is bent. Differences in the medium's temperature and concentration, or water content, will cause refraction and can be used to monitor parameters in the atmosphere.

Once in orbit, it will be making measurements with the earlier-deployed GNSS-RO in other satellites. One of the agencies that will be using the GNSS-RO data will be the United States' National Weather Service, an institute under the National Oceanic and Atmospheric Administration (NOAA).

The Sentinel-6's namesake, Dr. Michael "Mike" Freilich, was the head of NASA's Earth Science Division. He passed away last August 5, due to pancreatic cancer.

"Our planet has lost a true champion with the passing of Mike Freilich. NASA sends our condolences to his loved ones, and the entire NASA Family shares their loss," said a part of NASA Administrator Jim Bridenstine's statement regarding Freilich's passing.

Dr. Mike Freilich was born in 1954 and attended Haverford High School, joining the school's oceanography club and later pursuing a related lifelong career in the sciences. According to a NASA video for the renaming of the former Sentinel-6A to Sentinel-6 Mike Freilich, it is the first time that "an international satellite mission to study Earth will be named after an American."

"It is not only ESA, but it's also Europe, who wishes to honor Mike Freilich," said Alain Ratier, Director-General for the European Organisation for the Exploitation of Meteorological Satellites (EUMETSAT).