The National Aeronautics and Space Administration (NASA) expressed interest in buying Moon rocks, finding private companies who can fund their own missions.

A Twitter post from NASA Administrator Jim Bridenstine on Thursday, September 10, announces the agency's plans to buy "lunar soil from a commercial provider." He added that this move is in pursuit of establishing a legal precedent in the extraction and trade of space resources.

In another post, Bridenstine announced the agency's next critical step forward through its solicitation of proposals for space resources collection from commercial companies. The bids are welcome from any company, including those outside the United States, that can manage their own Space rock collection missions.

NASA has outlined requirements for interested companies that include:

(1) They will provide the agency with their Moon dirt or rock from any location
(2) They will also provide imagery of both the collecting process, as well as the Moon material they will gather
(3) Provide data that identifies the location where they gathered the materials
(4) Conduct an "in-place" transfer to NASA

(Photo : Wikimedia Commons) Figure shows the common types of rocks predominant in the crust of the Moon according to the region.

The stones need not be brought back to Earth for the transfer. Furthermore, after the transaction, the transferred material "becomes the sole property of NASA" for their perusal.

Bridenstine further explained in the blogpost that NASA aims to complete this "retrieval and transfer of ownership" before the year 2024, the same year that the Artemis mission aims to bring the next man and the first woman to the Moon.

Also, the NASA Administrator made it clear that the payment of the agency is "exclusively for the lunar regolith." The winning parties in the bid will receive 10 percent upon awarding and 10 percent upon launch. The remaining 80 percent will be paid upon the success of the transaction. It also noted, however, that they will determine how to retrieve the sold Moon rocks at a later date.

Sustaining Long-Term Presence on the Moon and Beyond

"Next-generation lunar science and technology is a main objective for returning to the Moon and preparing for Mars," said Bridenstine's blog post. NASA aims to use this opportunity to establish techniques and gain experience with regard to in-situ resources utilization (ISRU). 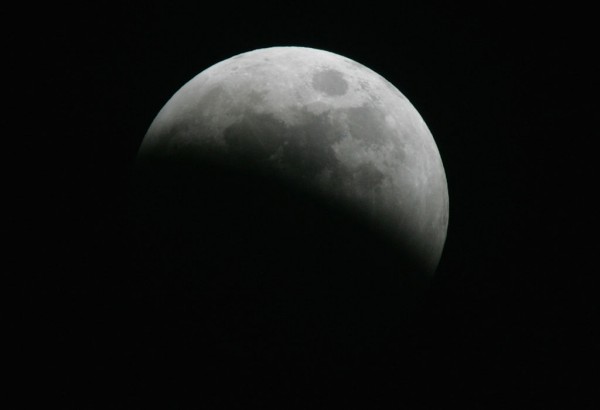 (Photo : Photo by Joe Raedle/Getty Images)
MIAMI - OCTOBER 27: The surface of the moon is seen as it starts toward a total eclipse caused by the earth's shadow October 27, 2004 in Miami, Florida. This is the last lunar eclipse that can be seen from earth until 2007.

ISRU is said to be incredibly important on Mars—the next step after the Artemis program successfully lays the foundation for mankind's sustainable long-term presence on the surface of the Moon and validates deep space systems that will enable the next steps in space exploration.

Activities beyond Earth are generally under the provisions outlined in the United Nations' Office for Outer Space Affairs' Outer Space Treaty of 1967. The United States was one of the three governments that opened the treaty for signing earlier in the same year, together with the United Kingdom and the Russian Federation.

Among the principles that guide the treaty include "the exploration and use of outer space shall be carried out for the benefit and in the interests of all countries and shall be the province of all mankind." It basically states that no one nation or entity can claim the outer space and that they are liable for their damages and wastes out there.

Check out more news and information on Space and NASA Missions on Science Times.