Sarcasm, Impatience, and Other Signs of Hostility Linked to Increased Deaths From Heart Attacks

A new study shows that patients exhibiting hostile behavior could be facing increased risks of death after their second heart attack.

Dr. Tracey Vitori, lead author of the study from the University of Tennessee in Knoxville, United States, defines hostility as a personality trait that includes being sarcastic, cynical, resentful, impatient or irritable. She added that hostility is not just a one-off occurrence, arguing that hostility describes an individual's general attitude towards others.

"We know that taking control of lifestyle habits improves the outlook for heart attack patients and our study suggests that improving hostile behaviours could also be a positive move," Vitori added.

The study, published in the European Journal of Cardiovascular Nursing under the European Society of Cardiology on September 14, links the long-suspected behavior with poor outcomes among heart attack survivors. 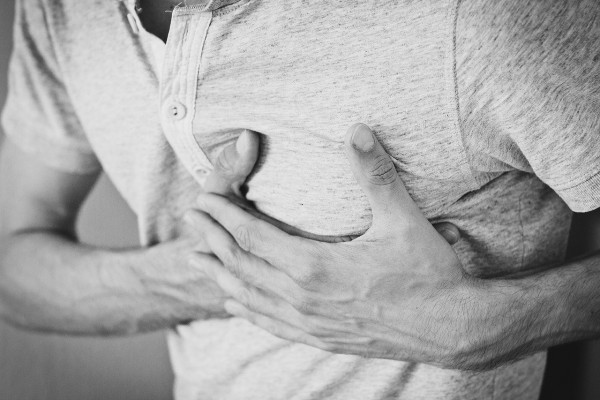 A Comprehensive Inquiry Between Hostility and Outcomes in Heart Attack Patients

Researchers conducted a secondary analysis of data from a large clinical trial of an intervention that was intended to reduce pre-hospital delays among patients with acute coronary syndrome. The study covers 2,321 heart attack survivors whose hostility was measured at baseline through the use of a Multiple Adjective Affect Checklist (MAACL). This checklist measures both positive and negative affect also used in diagnosing mood disorders.

Participants in the study had an average age of 67 years old, 68 percent of which were men. Also, 73 percent of them were married and 97 percent were Caucasian. According to the MAACL assessment, more than half, or 57 percent, were determined to be hostile, or having hostile behaviors.

Researchers clarified that hostility was an independent predictor of dying from a second episode of heart attacks, after adjusting for physiological and behavioral factors that could also affect the outcomes such as age, sex, education, marital status, presence of hypertension and diabetes, and smoking habits.

Researchers then concluded that hostility is indeed common among patients of acute coronary syndrome. Its relationship to future clinical outcomes will help in designing intervention procedures to improve ACS mortalities in the long run.

While there is a link between hostility and clinical outcomes, Dr. Vitori noted that hostility alone did not predict recurrent heart attacks. "Hostility has been linked with cardiovascular disease since the 1950s, but we still don't fully understand why," she said.

The lead author also added that though their study shows hostility is a common trait in heart attack survivors and that this behavior is associated with poor clinical outcomes, further studies are needed to understand how hostile characteristics actually affect the body.

Furthermore, the study also noted that anxiety and depression are commonly evaluated in patients suffering from heart disease. The assessment of hostile behaviors may help identify patients with increased risk of premature death from ACS. Lastly, explaining the potential impact of hostility in patients can also encourage and motivate behavioral changes.

STUDY: Apocalyptic Movies Can Give Fans a Mental Advantage in the Current Coronavirus Pandemic

"There is much cardiac patients can do to take control of their own health. From a physical side—smoking cessation, increase physical activity, and eat a balanced diet," Dr. Vitori added.