Poor Sleep Quality May Be Responsible for Weight Gain

Poor sleep has become a nationwide problem that over 30% of American adults struggle with. A recent study indicates that poor sleep quality directly affects the appetite, which leads to weight gain and other serious health problems.

Research published in the JAMA Internal Medicine journal describes more evidence of how poor sleep quality is associated with a greater body mass index or BMI. Instead of oral or written reports from participants, the new study used sleep apps on fitness trackers to monitor the sleep quality of 120,000 people for two years.

The team examined that shorter sleep hours and deviating from regular sleep hours in the night were linked to the participants' BMI. There were originally 200,000 participants but not everyone consistently wore their Fitbits to track enough data.

People with a BMI of 30 or greater were considered obese and had only 15 minutes less sleep than those with a lower BMI. However, the few minutes of less sleep and variable sleep patterns made a significant impact.

Sleep specialist Dr. Raj Dasgputa from the University of Southern California shared that one of the challenges for the study was the price of the devices. Another challenge is that the tracking devices are not approved by the Food and Drug Administration.

The results should be "validated by the appropriate FDA-approved devices," said Dr. Dasgupta, so that the study is not limited to young, healthy adults with a higher socioeconomic status. The study also challenges the data by the CDC, which tracks the sleep duration of about 500,000 Americans per year but with a subjective recall to questions and without trackers.

A recent study had also identified insomnia as a novel risk factor for developing type 2 diabetes (T2D). According to the International Diabetes Federation, 9% of American adults are diagnosed with T2D and are usually associated with other health issues such as obesity, lifestyle, and diet. 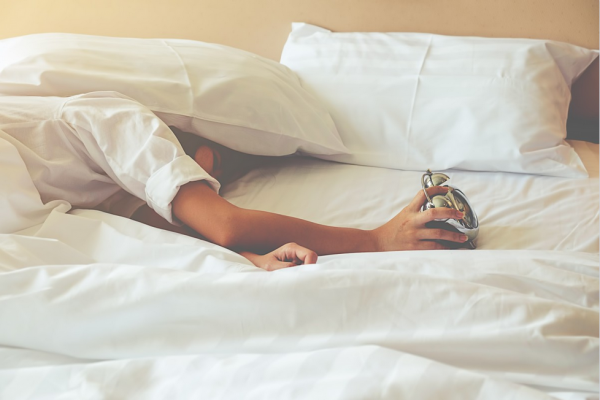 Another restriction of the study is that they excluded nap data, noted the authors. Also, all height and weight data came from the participants.

One of the reasons for weight gain due to poor sleep quality is an increase in the hormone ghrelin and decreased levels of leptin. Ghrelin is also known as the hunger hormone which stimulates the appetite and promotes fat storage when food intake is increased.

Leptin does the opposite but regulating energy balance and inhibits hunger. As a result, appetite is increased when sleep-deprived people are awake.

For example, explained Erin Hanlon, a behavioral neuroscientist from the University of Chicago sleep deprivation doesn't make people crave healthy food like vegetables. Instead, they crave 'sweets and salty and starchy things' like chips, cookies, and candy.

Check out more news and information on Sleep on Science Times.