Unprecedented bird deaths have recently been recorded in New Mexico. According to reports, hundreds of thousands of different species of migratory birds will not be able to make their annual trip this winter after a mysterious phenomenon caused a mass die-off to these birds, which alarmed biologists in the southwestern United States.

Researchers from the department of fish, wildlife, and conservation ecology New Mexico State University said that they had received reports in the past weeks that different species of birds are found dead.

NMSU biologist Martha Desmond said that they see hundreds of thousands of dead birds, and just seeing the numbers tell that the death of the birds is a large event.

WOW: Magnetotactic Bacteria May Explain Unique Behaviors in Some Animals 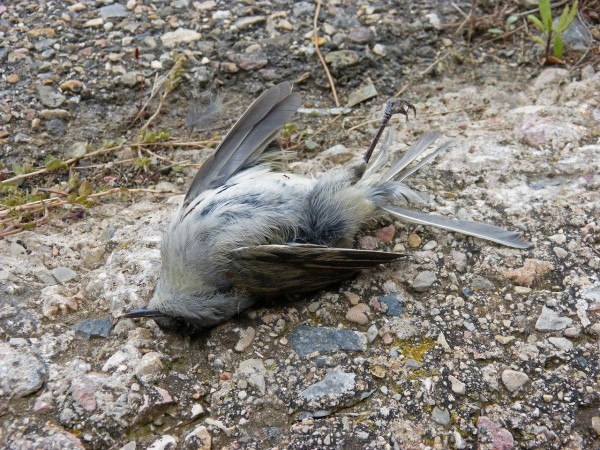 What caused the mysterious deaths of the birds?

Residents in New Mexico have reported seeing dead birds on hiking trails and in other areas as well. According to Desmond, the die-offs were first noticed last month at the White Sands Missile Range (WSMR) and the White Sands National Monument in the southern part of the state.

Desmond and her team were able to collect about 300 dead migratory birds since last month. Her colleague, Allison Salas, has sent her students around campus on Monday to look for dead birds, and they came back with several different species of birds.

The birds seem to be relatively in good health condition except that they are extremely thin, says Salas. The birds barely have any muscles, and it appears that they were just flying until they could not fly at all.

Scientists have no clear clue yet of the cause of the bird deaths, but Desmond said it is possible that it was caused by the cold front that hit New Mexico last week or the droughts.

She also noted that the deaths could be related to the wildfires in the west in which it might have caused these birds to prematurely migrate because of the damage the fires that cause in their lungs.

On a Twitter post, the Oregon Department of Fish and Wildlife said that not much is known yet of the impacts of smoke and wildfires on birds. Scientists are now asking the public to report in their online database if ever they find dead birds. They also ask people to collect the birds so that experts can study them safely.

IN CASE YOU MISSED IT: California Wildfires Worsen Thanks to Gender Reveal Party

The researchers examined data from thousands of nights for hundreds of different bird species and found that during spring, migration has significantly changed. Regions that have warmed the most in recent years have seen the greatest changes in the timing of birds migration.

Any observable change in the migration timing of birds across the continent implies that it is likely the bird migration is shifting because of climate change.