Tiktok Downloads, WeChat Banned in the US: What Happens to the Oracle Deal?

On September 18, the Trump administration has announced that it will ban the Chinese app WeChat starting on Sunday, September 20. At the same time, it will also block all new downloads of the video-sharing app Tiktok on the same day due to national security concerns.

According to Commerce Secretary, a broader ban on Tiktok will be delayed until November 12, while the deal with Oracle is still in the works.

Secretary Ross also said that they had taken this significant action from the president's direction to combat China's malicious collection of data from American citizens, while also promoting American values, democratic norms, and aggressive implementation of the country's laws and regulations. 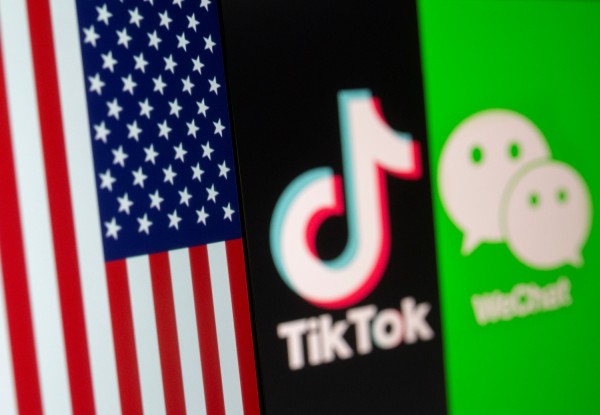 (Photo : Reuters Connect)
U.S. flag is seen on a smartphone in front of displayed Tik Tok and WeChat logos in this illustration

Earlier this summer, Trump has released an executive order banning transactions with Tencent Holdings' WeChat and ByteDance's Tiktok. They were only given 45 days to sell their American business to a U.S. company or be entirely prohibited from operating in the country.

Secretary Ross noted that the only real change starting this Sunday on using the app is that users will no longer have access to improved apps, updated versions, and maintenance. But the basic features of Tiktok will still be available until November 12. However, if the deal between Oracle is not okay by then, Tiktok would be shut down.

Moreover, the Commerce Department said that WeChat may continue to function for users who already had the app, but there could be some problems using it as the app services greatly relies on U.S. companies to deliver the data.

READ: Tiktok to File Legal Challenge Against US Prohibiting Transactions With the App

What happens to the Oracle deal?

A few days ago, it was announced that Oracle had beaten Microsoft to become the American partner of Tiktok. But with the banning of the Chinese-owned app, what will happen to the deal between the two companies?

According to Secretary Ross, although downloading Tiktok will no longer be allowed starting this Sunday,  the complete shut down of the app in the United States will be on November 12. If the deal between Oracle and Tiktok is not good by then, then Tiktok will be banned in the country.

As of now, Oracle and Walmart are still in talks with the White House, Treasury Department, and ByteDance to come up with a deal that is acceptable to President Trump.

The administration's move to ban download of Tiktok and WeChat is part of the "Clean Network" policy that aims to eliminate foreign interference in apps and cloud infrastructure that powers American technology to ensure that the personal data of American users are not compromised or will be used by foreign governments.

Check out more news and information on Tiktok on Science Times.