The Chinese video application, Tiktok, is preparing to file a legal challenge on Monday to the executive order issued by the U.S. President Donald Trump on August 6, banning transactions with them and their parent company ByteDance. 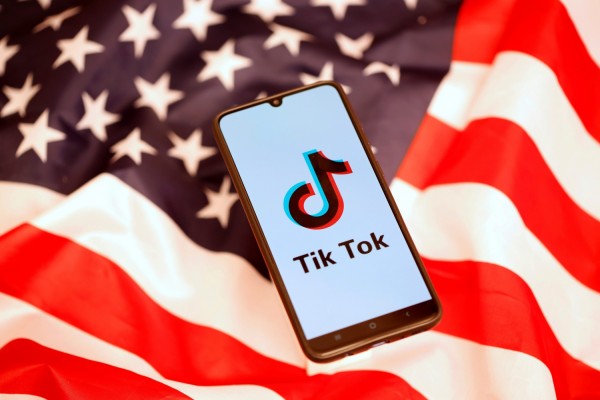 (Photo: Reuters Connect)
FILE PHOTO: TikTok logo is displayed on the smartphone while standing on the U.S. flag in this illustration picture taken

Tiktok Prepares Legal Challenge to the US

On August 14, an executive order was issued, giving ByteDance 90 days to rid of Tiktok's operation in the United States.

Recently, it was reported that ByteDance, Microsoft, and also Oracle are still discussing the acquisition of the short video app. Some of the Chinese company's U.S. investors could also join the bid.

The legal challenge against the U.S. pertains to the executive order released on August 6, which directly orders the Secretary of Commerce to list all transactions that involve ByteDance and its properties that should be banned within 45 days.

Furthermore, they also plan to argue that they will be deprived of due process with the executive order's reliance on the International Emergency Economic Powers Act. They would contest its classification as a national security threat by the White House.

However, it is not clear in which court Tiktok will file their lawsuit. They previously said that they are looking into their legal options and that their employees are also preparing their own legal cases.

The Chinese-owned app is known for people, usually teenagers, uploading videos of themselves dancing and singing, which would, later on, go viral. But the U.S. officials expressed their concerns that the users' data might be passed on to the communist government of China.

READ: Tiktok Might Be Banned in the U.S., but Microsoft Says It Is Still Talking to Trump to Buy It

The legal challenge by Tiktok to the U.S. would not stop ByteDance from having to divest it in the U.S. as it does not pertain to the executive order issued on August 14 on the sale of Tiktok. That recent executive order is not subject to any judicial review.

It requires the Chinese company to sell or divest its U.S. Tiktok business within 90 days. ByteDance is expected to destroy all its copies of the U.S. users' data on Tiktok and should inform the Committee on Foreign Investment in the United States (CFIUS) after destroying it.

But Tiktok's move shows that its parent company seeks to deploy all the legal ammunition as much as possible as ByteDance tries to prevent the Chinese app from dealing with negotiations and turning into a fire sale.

U.S. President Donald Trump's administration has stepped up its efforts in purging what they deem as untrusted Chinese apps from the U.S. digital networks.

The administration has not only issued an order to Tiktok, but he also released an order to prohibit transactions with WeChat, a social media app by Tencent Holding Ltd.

The U.S. president has said that he would support Microsoft's effort in acquiring the American operations of Tiktok if the American government would get a "substantial portion" of the proceeds. But he also said that other potential buyers are interested in Tiktok, like the Oracle.

READ MORE: Witches Band Together on TikTok to Hex the Moon: Did They Succeed?