Apple has lost $180 billion on Sunday, September 6, posting what amounts to be the biggest loss of any company in a single day.

However, it was all in a day's work, as Apple stocks slid by a solid 8 percent on Thursday, September 3. This 8 percent ultimately equates to $180 billion, out of Apple's recent worth of over $2 trillion. It marked the iPhone maker's biggest percentage drop in stocks since its 12.9 percent plunge back on March 16. 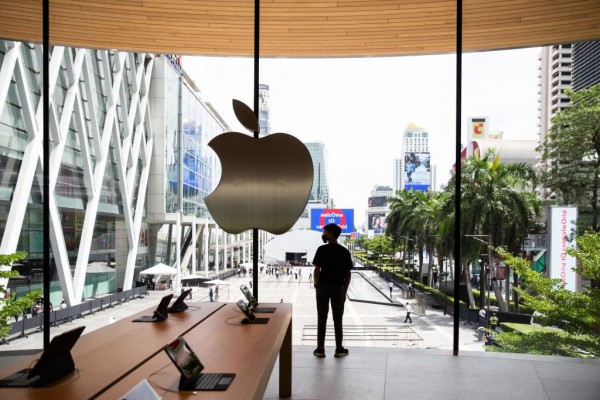 Not a Good Day for Tech Giants

Apple's September 3 plunge was not limited to the iPhone maker alone, as its peers also saw a decline in their respective stocks. Microsoft closed for the day with a drop of 6.19 percent, while Facebook dropped 3.76 percent. Other tech companies such as Google's parent company Alphabet, streaming giant Netflix, and e-commerce leader Amazon all saw a drop by a little more than 4 percent each.

The S&P 500 Tech closed down at 5.8 percent, the biggest decline since its 6.3 percent drop last June 11. These drops follow the massive tech stock rallies in the previous weeks after a general strength in the sector, most of them reporting positive growth in their second-quarter earnings.

However, according to Barron's, despite the colossal hit reported yesterday, Apple's stock remains strong at 65 percent above the market close from January, and even 127 percent compared to the same time last year.

Writing for British online media company Unilad, Emma Rosemurgey notes that despite the drops, Microsoft remains larger than the German market index, Amazon larger than the French index, and Apple is still larger than the UK's. This means that, including Facebook, these tech giants that comprise almost one-fourth of the S&P 500 - which is a leap compared to their 11 percent share some two years ago.

Apple's Dominance of the Market

Apple, for example, has recently crossed the $2 trillion mark, becoming the first US-listed company to do so, as its stocks saw a 1.2 percent growth last August 19, closing the day at the peak of $467.84 value. The company also started its split stock process almost a week after, on August 24, coinciding with the 9th anniversary of its Chief Executive Officer Tim Cook.

The recent Apple split stock process allowed the tech company to increase its total number of shares, adjusting the prices for each stock - both existing and new shares. This move is expected to encourage more investors to join the continuously expanding company. The additional stocks from the split were awarded to existing stockholders on August 28. Meanwhile, the other stocks were opened, offered at the new split-adjusted prices, on August 31.

Its split stock process and the company's crossing of the $2 trillion marks are the company's latest achievements under the direction of Tim Cook, who took over the company after its founder Steve Jobs resigned as company CEO. During the time Cook took over, Apple's value was below $400 million. In the nine years he has headed Apple, its value has already increased by at least fivefold.

Check out more news and information on Apple on Science Times.