Local media in the United States have recently reported that the Pentagon redirected nearly one billion dollars of pandemic funding for military defense equipment and needs. Meanwhile, health officials continue to request funding for more N95 masks for medical staff as well as the production of vaccines when they become available.

In March, the $1 billion was originally designated to the Department of Defense in response to the coronavirus pandemic under the Coronavirus Aid, Relief, and Economic Security (CARES) Act. The economic relief package amounted to more than $2 trillion to protect Americans from economic impacts such as aiding small businesses and those who have been laid off. Funds were also directed for public health measures such as equipment in the healthcare system.

Relief funds for small businesses received less funding than anticipated as millions of dollars were granted to larger companies. For example, Rolls-Royce received over $180 million for the shipbuilding industry to be maintained while several other million dollars were allotted for space equipment.

Allocating Funds Under the CARES Act

The award money enabled companies to make up for lost revenue during lockdown instead of the production of needed medical supplies. About 30% of selected companies under the Small Business Act also received relief funding from the Paycheck Protection Program.

The Paycheck Protection Program granted small businesses a loan to cope up with the payroll of employees. Funds were also allowed to be used for rent or utilities as long as 60% of the loan was allocated for payroll.

Jessica Maxwell, a Pentagon spokesperson, defended the relocation of funds saying that the CARES Act does not require for 100% of the funding to be spent "only in the medical supply industrial base." She added that the Department of Health and Human Services is authorized by law to expand its resources for medical supplies.

Ellen Lord, from the Department of Defense, said that the resources have enabled the executive branch "to invest in domestic production of critical medical resources and protect key defense capabilities from the consequences of COVID." She added that both economic and national security "is very tightly interrelated and our industrial base is really the nexus of the two." 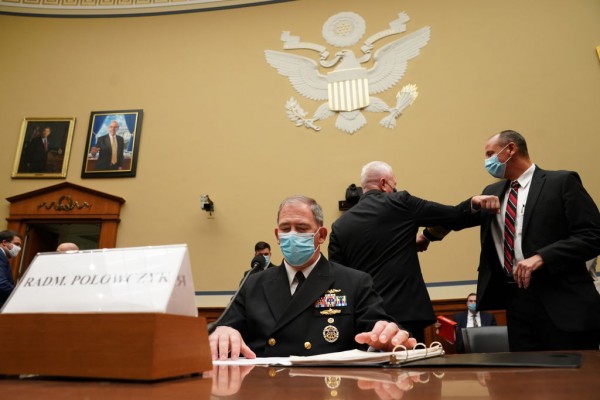 Read Also: Experts Warn Next Pandemic Could Come Any Moment and Call for Immediate Prevention Efforts From Governments

Other government funding for pandemic relief includes the Defense Production Act which was announced in April. The Pentagon said that around $75 million would be spent on the production of swab tests.

Then in June, the government granted companies funding to accelerate vaccine developments under Operation Warp Speed. Hundreds of millions of dollars have been granted to companies including Moderna and Johnson & Johnson. Some of the vaccines are currently in their third phase of trials such as the Oxford vaccine, developed by the University of Oxford and AstraZeneca.

However, a safe vaccine may not be commercially available until late 2021 or 2022. Thus far, the case count in the United States is up to over seven million positive cases, and about 205,000 reported deaths.

Check out more news and information on the Pandemic on Science Times.