Air conditioned offices often take average male body temperatures as the reference point. Personal protective equipment (PPE) is based on male “body sizes and characteristics”. The tech sector continues to be a male dominated field producing innovation and design that can reinforce gender stereotypes, or ignore the needs of women completely.

The enduring association of women with the provision of unpaid domestic labour also means that their different requirements for things as disparate as consumer goods to public services can go unmet. For example, historical analysis of “labour saving” appliances reveals how these actually increased unpaid domestic labour and turned it into “women’s work”. 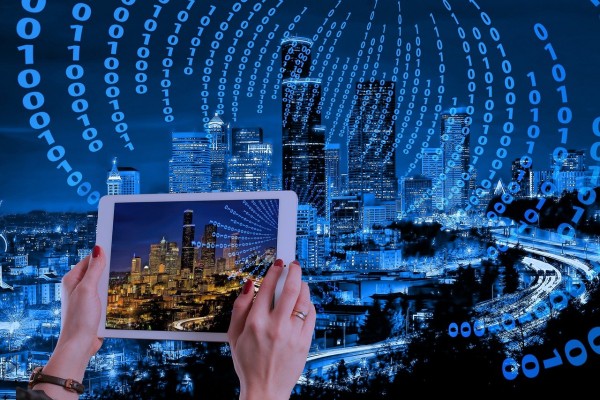 Urban transport planning, meanwhile, is aimed at those making daily commutes, while failing those with caring responsibilities. Swedish municipalities famously changed their snow ploughing policy after realising it contributed to gender inequalities. This is because looking after children or elderly family members often means combining the trip to work with a school pick up, or trip to the doctor’s surgery. Cheap, quick (or snow-free) transport options for these small journeys are limited. Women can end up spending more time travelling, even when not going far.

READ: Oldest Sperm To Date Is Preserved in 100-Million-Year-Old Amber

“Smart mobility” apps such as Uber, BlaBla Car and Lime should be well placed to improve such gendered inequalities, but research shows that currently they seem to serve women “who travel like most men”: that is to and from paid, full time employment unencumbered by children or others in need of care. New tech, old problems.

Energy in the home

In the context of the climate crisis, it is incredibly important that we change how we use energy at home. We need to use less of it and time our energy usage to the availability of renewable energy. Unlike switching on a power plant, we can’t control when the sun shines or the wind blows: solar panels and wind turbines produce green electricity that either needs to be used, or stored.

Smart meters can help us with this by providing data on when and how much energy we use. With this knowledge, products can be created that help us to better manage our energy, being more flexible about the times we use it and the sources of energy we use.

Our current system is characterised by a reliance on large polluting power stations ready for “the peak” when everyone gets home from work, turns on their TV and heating and starts cooking dinner. A smart system, meanwhile, would involve small distributed renewable systems working flexibly with household needs and routines.

Products that work towards creating this flexible system are already being offered by some energy suppliers. For example, consumers can sign up to “time of use” tariffs that price electricity according to wholesale prices and are affected by the availability of renewable energy. Or they can let their energy supplier take control of their solar battery or heating system to make sure it uses the cheapest available electricity.

But the home is a highly gendered sphere where traditional roles can get reinforced. Gender therefore must be considered when designing these innovations.

Some of the most energy intense activities in the home – laundry and cleaning – continue to be done mainly by woman. One study has suggested that women kick off the evening energy demand peak because they are more likely to be at home early in the evening looking after children and doing the associated chores. Such families may be too busy or too constrained by daily routines to change the time they use electricity.

But another study in Sweden found that women did adapt the times they did their chores in response to variably priced electricity, even though this added to their workload. In Denmark meanwhile, a trial found that women flexed electricity consumption more than men, without increasing the time they spent on chores.

These studies show an ability to respond that could be magnified and encouraged. But rather than rely on punitive pricing which rewards those that can easily change their routines or invest in smart home tech, we need more understanding of how flexibility can be achieved by households.

My team’s trial with low income households in the UK showed how some chore-doers (mainly women) responded to incentives to shift their electricity use in time. They did so by working with their families to distribute chores and energy use through the day. They used their smart meter displays to check how much electricity similar appliances used and worked out which ones to use less frequently. They even arbitraged between gas and electricity to cook and heat their homes, working out which was cheaper at a given time.

But our trial also showed problems. Most people signing up to our flexibility offers were women, but there were cases when men signed up without telling their female partner (who did the chores) that they had done so. This led to no shift in household energy consumption. In other cases, women did not opt to change their tariff, even though they ran their chores outside the peak and they could have financially benefited from cheaper electricity without changing how they ran their home.

Our research indicates how ignoring the realities of unpaid domestic labour and its gendered nature can undermine the ability of new tariffs and policies to achieve a more flexible electricity system. Worse, it has the potential to achieve flexibility at the cost of further entrenching gender and income inequalities. More broadly, our research shows the need to understand the societal value produced through unpaid domestic labour and to innovate from the perspective of those who carry it out.

Being blind to gender is not the same as being gender neutral. The pandemic has demonstrated that when daily routines of school and work are untethered, the resulting flexibility can deliver environmental benefits. But women have paid a high price. As domestic routines get drawn into energy system management, we need a tech sector that innovates through understanding the realities of those who do the chores, and works to reduce inequalities.

IN CASE YOU MISSED IT: Jeanette Epps Set to Be the First Black Woman to Join ISS Crew

Check out more news and information on Tech & Innovation and Social Science on Science Times.

This article is republished from The Conversation under a Creative Commons license. Read the original article. | Author: Charlotte Johnson, Senior Researcher in urban communities and resources, UCL