US Police Now Asking for Data from Smart Speakers 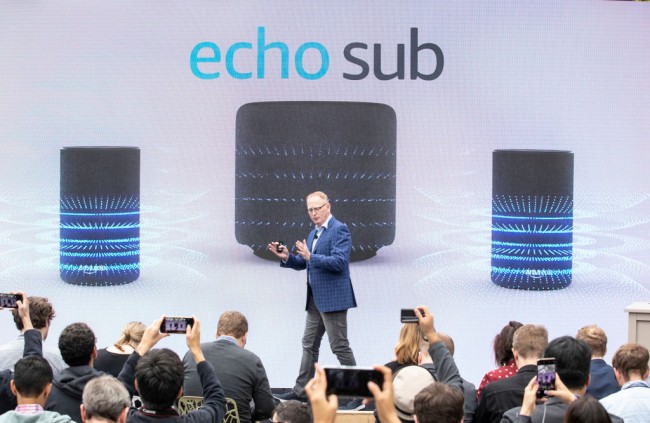 Law enforcement agencies across the US are reportedly filing more and more requests for access to data from Smart Speakers, raising alarm for some groups.

The threat of police surveillance has been around since the early days of the Internet. In fact, its prevalence in modern pop culture has made this "spying" a part of The Simpsons' Movie, released in 2007. This latest movement is a part of the police investigation methods adapting to our increasingly online lives.

Douglas Orr, Criminal Justice Department Head at the University of Georgia, told online portal Wired in an August article that police now search smartphone data during the investigation, as it contains clues and points to other parts that help them solve a case.

In July 2019, police responded to a 911 call made in Hallandale Beach, Florida, situated some 20 miles away from Miami. A concerned citizen made the call, claiming to have heard an argument between a 32-year-old woman and a 43-year-old man. The woman was found dead and charged the victim's boyfriend, Adam Crespo, with second-degree murder. Crespo pleaded not guilty and posted bail at $65,000 awaiting trial.

Shortly after the arrest, Crespo's defense lawyer presented an unexpected piece of evidence to the court - recordings from their Amazon Echo speakers. Christopher O' Toole, the defense lawyer, shared that he had interviews asking him that this might be the first instance of "Alexa recordings" being used to convict somebody, explaining that he thought otherwise.

"This could be the first time an Amazon Alexa recording is used to exonerate somebody and show that they're innocent." O' Toole said.

In another case, back in 2016, police officers from Bentonville, Arkansas, requested data from Amazon Echo as a part of an investigation around a man's death. While Amazon initially rejected the request, they later gave the data to the police. While the murder charge filed against the defendant was dropped, multiple charges supported by the smart speakers and other wearables were later filed.

Amazon, the multinational giant behind the hit Echo smart speaker, has reported in July that they have seen an increase of about 72 percent in the police access requests for the first half of 2020 compared to the same period back in 2016.

In its webpage for law enforcement information requests, Amazon clarified that it does not disclose customer information to government units unless there is a "legally valid and binding order." Also, unless it is explicitly forbidden to do so, Amazon will notify concerned customers before disclosure.

Amazon also made a point that while it recognizes the importance of law enforcement efforts against crime and terrorism, it opposes any law that mandates or prohibits "security and encryption technologies" that would lead to weaker security products. The tech giant, headed by Jeff Bezos, reiterated its focus on protecting customer privacy and security.

On the other hand, Google also disclosed the number of requests from government agencies in its transparency report webpage. From July to December 2009, with only 12,539 requests for user info disclosure, it has increased by more than eightfold to the same period in 2019, with Google reporting more than 80,000 requests.