A team from the ARC Centre of Excellence for Gravitational Wave Discovery (OzGrav) at Monash University in Australia proposes a new technique for analyzing some of the densest star systems in the Universe.

The suggested method is focused on the analysis of gravitational waves emitted by neutron star mergers, a system where its component stars can be distinguished by their type instead of mass, which in turn is determined by the rate at which these stars spin. Neutron stars are the result of a dead supergiant star's collapsed core, with its protons and electrons combining into the resulting neutron star. These stars no longer generate heat and cool over time. 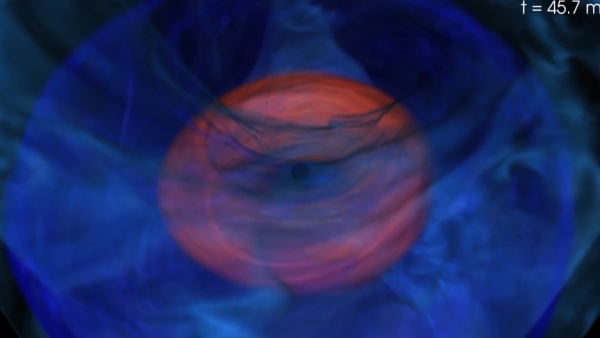 The proposed framework to characterize binary neutron stars is based on the data from two gravitational wave signals: GW170817 and GW190425. The first one was a gravitational wave signal first observed by the Laser Interferometer Gravitational-Wave Observation (LIGO) and the Virgo interferometers on August 17, 2017. Signals sent by GW170817  were an indicator of a merge between two neutron stars. It was a well-observed event, with scientists observing light emitted by the event in the form of visible light, microwaves, and high-energy gamma rays.

Last January, the LIGO and Virgo detectors found another neutron star merger, resulting in the observable event designated GW190425. Unlike the 2017 merger event, this one emitted no light, coming out as a particularly intriguing event since the neutron stars involved were found to be significantly heavier than those from GW170817.

In a pair of neutron stars merging - detectable and measurable from the gravitational wave signals they emit - the heavier star is often designated as the primary, while the other is the secondary.

Binary neutron star systems are formed from remnants of supergiants - stars at least ten to twenty times more massive than our own Sun - with each neutron star reduced to 1.4 times in mass compared to the Sun, but at an average diameter of only 25 kilometers, or 15.5 miles.

The novel method proposed by researchers is a recycled-slow labeling scheme. In a binary system, the older neutron star "recycles" stellar material from its pair and starts to increase in the spinning rate. The other pair loses materials and starts to slow down. In a process that takes millions or billions of years, the neutron star pair merges - with scientists predicting that the recycled neutron star continues to spin rapidly while its pair stays, but most likely spins very slowly.

RELATED: Exotic Peacocks of the Stellar World: A New Model for Colliding-Wind Binaries

Xinjiang Zhu, the lead author of the study and a postdoctoral researcher from OzGrav, explained that the motivation for the proposal is "two-fold." First, he explains that it is a "generic feature" that is to be expected for binary neutron star systems. Second, he believes that it isn't enough to simply label the neutron stars as primary and secondary since they are close in terms of mass, making it difficult to distinguish each.

Researchers then used the recycled-slow scheme, working around the observation that neutron star pairs are likely to include stars of nearly the same mass. Gregory Ashton, the collaborator and OzGrav associate explained that their framework allows them to work on questions like the existence of different supernova explosion mechanisms that give rise to binary neutron star systems.

Check out more news and information about Stars in Science Times.