RMS Titanic Inc, the company that owns the salvage rights to The Titanic, is planning to retrieve the ship's radio equipment - sparking an old debate on whether the sunken ship still holds human remains.

The company claims that there has never been any human remains found or recovered from the shipwreck after several diving attempts since it was first found again in September 1985 - or about 35 years ago. However, it has not stopped lawyers on behalf of the United States Government to block the company from pushing through with the new expedition. In their case, they cited archeological claims that there might still be human remains, adding that the company does not include this in their considerations. 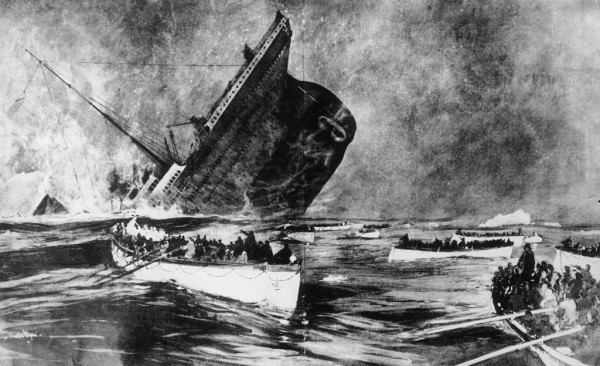 Is There Human Remains in the Titanic?

Titanic's shipwreck was discovered 73 years after the disaster. It has seen close to 200 dives, with RMS Titanic Inc saying that human remains should have been found in at least one of them.

"Fifteen hundred people died in that wreck," stressed Paul Johnston, maritime history curator with the Smithsonian's National Museum of American History. He added: "You can't possibly tell me that some human remains aren't buried deep somewhere where there are no currents."

David Gallo, an oceanographer who serves as an advisor to the company, explains: "It's not like taking a shovel to Gettysburg." He further notes "an unwritten rule" that should their expedition actually find human remains, they will turn off the cameras then decide for the next move.

The debate about the presence of human remains is actually driven by the concern on how to honor and treat human remains found in the remains of the Titanic, later including debates on whether future expeditions be allowed to enter the ship's hull.

In a press release from the company last may, RMS Titanic Inc released a statement following the court order that allows them to conduct the expedition - granted by the United States District Court for the Eastern District of Virginia.

The radio equipment that is the subject of the planned expedition is a wireless Marconi radiotelegraph housed in the sunken ship. Noted as being "one of the first of its kind," RMS Titanic Inc attributed the saving of more than 700 passengers to the Marconi radiotelegraph when the Titanic sank in the middle of the Atlantic on April 15, 1912. Titanic met its unfortunate end during its maiden voyage, from Southampton in the United Kingdom to New York City in the United States.

RELATED: Led by Samsung and Apple: Is UWB The Next Big Smartphone Tech?

"We remain dedicated to sharing the legacy of the Ship and her passengers with the public," said company president RMS Titanic Bretton Hunchak. He justifies that the recovery efforts are necessary to allow people to "experience first-hand additional significant historical artifacts," which would otherwise be limited only to the people who have the means to visit the wreckage.

Hunchak stressed out that among the items that are still in the shipwreck, "only one item holds the story of all the survivors," calling the Marconi radio an "unsung hero."

To retrieve the equipment, the company will most likely rely on an unmanned submersible that could pass through any of the ship's skylight, if not directly cutting through the roof of the ship. Using a suction dredge to remove debris and sand, the submersible can also cut through cords and other obstacles.

Check out for more news and information on The Titanic in Science Times.