Based on artificial intelligence (AI), a bot has been running on the encrypted messaging platform Telegram - creating more than 100,000 "deepfake" images using photographs of real women, without their consent.

According to Sensity, the security firm formerly known as Deeptrace, there is a network of message channels in English and Russian where 104,852 photos of women have been manipulated and passed around the messaging service.

In its report "Automating Image Abuse: Deepfake bots on Telegram," Sensity reported women being targeted and had their "stripped" images publicly shared on the app by the end of July 2020. Furthermore, the volume of these deepfakes has reportedly increased by as much as 198 percent in the last three months.

The security firm, providing visual threat intelligence platforms, also found out that those who used the bot showed that 70 percent of the targeted women were private individuals based on self-reports. Their photos, manipulated by AI technology, were either taken from their social media accounts or private files. 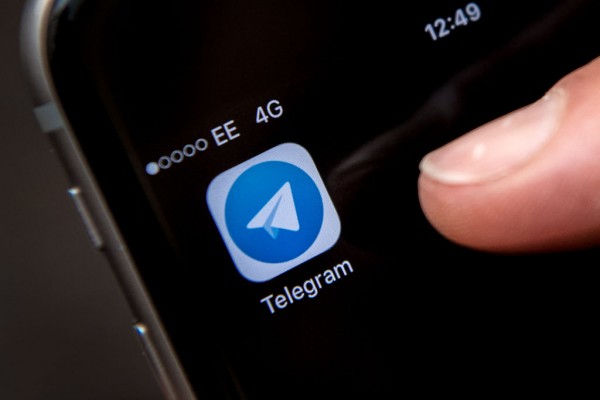 (Photo: Photo by Carl Court/Getty Images)
LONDON, ENGLAND - MAY 25: A close-up view of the Telegram messaging app is seen on a smartphone on May 25, 2017, in London, England. Telegram, an encrypted messaging app, has been used as a secure communications tool by Islamic State.

Users of the AI bot can send a woman's photograph through the messaging app via their computers or smartphones. The Telegram bot then returns after some time, sending back a manipulated "stripped" photo for free with a watermark. Additionally, users can pay a "premium coin," removing watermarks and promising faster transactions. Sensity reported that the base price for this premium coin is 12 coins for 100 rubles, or about $1.50, with bundles and discounts for larger purchases.

The report also noted that 7 Telegram channels had more than 100,000 members each. Its main channel alone had 45,000 different members. A poll revealed that most of the users were from former USSR nations, such as Russia. Only 3 percent were from English-speaking countries.

Sensity also cited that Telegram was banned in several countries involved - like Russia, China, and Iran - yet the transactions persisted thanks to a virtual private network (VPN) that passes through Germany, circumventing the ban in their countries.

Deepfake, a combination of the words "deep learning" and "fake," is a computer-generated media where an image in an existing file - audio, video, photo - is replaced with another person's likeness, often taken from different sources.

It is a step above photo manipulation techniques because it employs artificial intelligence and machine learning to generate convincing fake content. Deepfakes have found widespread uses in creating adult content, using images of popular actresses, or phony news efforts for propaganda.

In the Sensity report, another poll in the channels subscribed to the bot's services to create manipulated images of women they know in real life. The security company presumed that the deepfakes were made using an open-source version of DeepNudes, a manipulation platform that uses AI technology. It uses generative adversarial networks (GANs) - a class of machine learning frameworks where two networks "compete" with each other to create an ideal training environment - to "strip" women and generated the fake images.

Check out more news and information on Social Media in Science Times.