Scientists Finally Discover Why Zebra Finches Have Problems With Reproduction 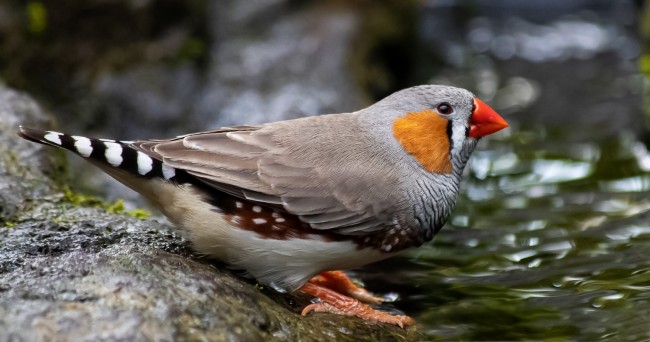 Scientists finally discover that inbreeding has relatively little effect on zebra finches' reproductive failures, parents' age and the circumstances encountered while growing up.

In a comprehensive study of 23,000 zebra finch eggs, scientists at the Max Planck Institute for Ornithology in Seewiesen found out that male zebra finch experience infertility. High embryo mortality, on the other hand, is more of a female concern.

Zebra finches are tiny songbirds endemic to Australia. They are easy to maintain in aviaries, as colony-living granivores, and they multiply under favorable conditions all year round.

Therefore, researchers at the Max Planck Center for Ornithology in Seewiesen performed a report to examine the possible failed reproduction triggers.

Scientists have been monitoring the fate of more than 23,000 zebra finch eggs. They assessed lifespan, efficiency, infertility, offspring mortality, and other characteristics linked to health for both genders' reproductive stages.

They discovered marginal impacts on the reproductive success of the zebra finches on variables that were supposed to cause reproductive failure.

The results include as inbreeding, parental age and growing up under unfavorable circumstances. Birds are likewise incredibly immune to low situations and that the reasons must be elsewhere, results show.

While it was not possible to establish the individual triggers of infertility and embryo death, the researchers demonstrated that reproductive failure has an observable genetic basis.

These findings are somewhat unexpected since genetic variants that improve reproduction should be favored by natural selection. Any gene variations, though, that are favorable for one sex may be disadvantageous for the other.

This influence is recognized by the scientific term "sexually antagonistic pleiotropy" and may clarify why the population can survive with certain genetic variants.

Multiple genes determine the reproductive performance of zebra finches. It doesn't remain easy to classify and analyze all genetic elements, not to mention the relationship between certain genes and the relationship between the genes and the setting in which they are expressed, considering the advancement of sophisticated genomic techniques. For nothing else, the research findings have taught us where it's not worth searching, "says Department Director Bart Kempenaers."

Evident hereditary factors, such as inbreeding, for unsuccessful reproduction contribute much less than scientists thought.

Wolfgang Forstmeier, who directed the research, added they are now focusing their studies on a very enigmatic chromosome that only occurs in the organisms that make up the egg and the sperm, but not in birds' body cells. The analysis of the reasons is problematic since it is impossible to take samples from live creatures' reproductive organs. But the chromosome is a hot candidate for the origin of the problems."

ALSO READ: Chatty Zebra Finches May Slur Their Speech When Drunk, But Then Again Who Doesn't?