A group of environmental think-tanks reports that air pollution costs Europeans more than 160 billion euros, or more than $190 billion, every year from short-term and long-term health effects.

According to the CE Delft alliance, fossil fuel pollution in 2018 alone cost an average European about 1,250 euros, which makes up four percent of their annual income. The research analyzed air quality, health, and transport information for more than 400 cities across the continent. 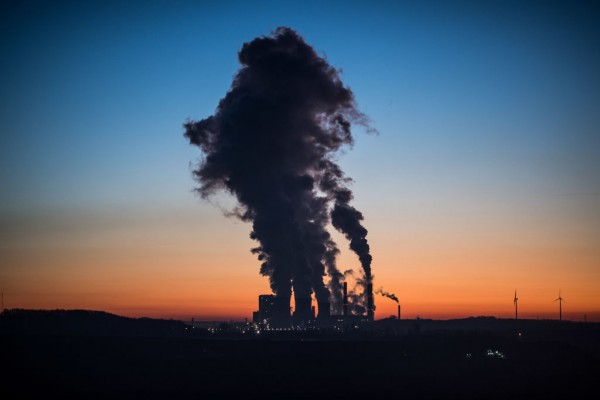 (Photo: Photo by Lukas Schulze/Getty Images)
SCHOPHOVEN, GERMANY - JANUARY 21: Steam and exhaust rise from the RWE Weisweiler coal-fired power station on January 21, 2019, in Schophoven, Germany. The federal government, as part of its plan to phase out coal-produced energy by 2038, is to pay billions of Euros in aid to coal regions to aid their transition and also to power companies in compensation.

The report stressed that air pollution also increases the likelihood for people to develop conditions known as risk factors for COVID-19. Furthermore, CE Delft said that their findings provide "additional evidence" that European cities should prioritize reducing air pollution should they aim to improve the welfare of their respective populations, adding that the global coronavirus pandemic has just underscored this need.

To quantify the impact of air pollution, researchers inquired at several health factors related to pollution. It allowed them to understand the social cost of continuous fumes and smoke from factories and plants to the population that lives near them. As a result, researchers estimate that 130 million Europeans shoulder about 166 billion euros in 2018, which was the last year with full data for the study.

In terms of social costs, put in absolute terms, London leads the cities in the continent, losing a total of 11.38 billion euros, or close to $13.5 billion. It is followed by Bucharest with 6.35 billion euros ($7.52 billion), and Berlin with 5.24 billion euros ($6.2 billion). The majority of the costs computed were found to be caused by an increased likelihood of premature death from people living in cities.

Car Usage and Its Negative Impact on Air Quality

The report also noted that air pollution analyzed in the study came from a variety of sources - agricultural, industrial, and even household heating among residents. However, they were able to establish a definite link between increased automotive use and corresponding social costs.

"This confirms that reduced commuting and car ownership has a positive impact on air quality, thus reducing the social costs of poor city air quality," CE Delft noted in its report. A previous study from the United States, published in 2013 in the journal PubMed Central, generated a model to simulate the concentrations of nitrogen dioxide to health. Researchers in this study based on the volume of NO2 emissions from the Comprehensive Modal Emissions Model and Motor Vehicle Emissions Factor Model. They also took into consideration dispersion rates and travel time in the study.

RELATED: 5 Reasons to Own an Electric Car

Just last July, the Air Quality Life Index released its annual data. In it, the environmental watchdog reports that current air pollution concentration is enough to cut global life expectancy - across men, women, and children - by almost two years. This effect is even worse in countries that suffer from heavier pollution. Among the nations that are most polluted include India, Bangladesh, Nepal, and Pakistan - which also houses close to a quarter of the world's population.