What Happens in a Therapy Session? Psychologists Explain What to Expect 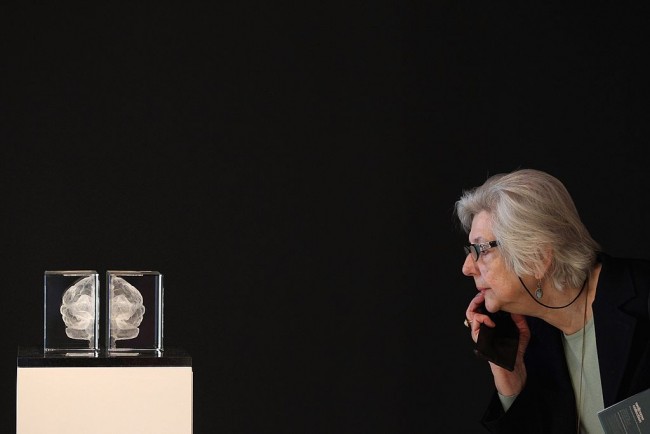 (Photo : Dan Kitwood/Getty Images) LONDON, ENGLAND - MARCH 27: A visitor looks at an artwork entitled 'My Soul' by Katharine Dowson which consists of a laser etched lead chrystal glass formation in the shape of a brain, and was created using the artists own MRI Scan on March 27, 2012 in London, England. The exhibit makes up part of the Wellcome Collection's major new exhibition, 'Brains' which includes slices of Einstein's brain, 3000 year old trepanned skulls, ancient Egyptian mummified brains and brains in jars, and opens to the public from March 29 June 17, 2012. (

Mental health is a challenging, daunting state to manage for some. COVID-19 has aggravated and added more stress to some people's pre-existing problems. Polls made over the summer show that the emotional well-being of some people has deteriorated during the pandemic.

But the bright side is that some took a daunting yet beneficial path to make their mental health healthy. Some of them took advantage of this pandemic to seek help from the professionals. In this month's YouGov survey, 23 percent of 18 to 24-year-olds in the United States had their therapy sessions during the pandemic. It increased from 13 percent of the same demographic in April. Meanwhile, some therapists say that transitioning to teletherapy has improved client attendance and their ability to open up since the epidemic.

However, some people are still nervous about how psychological therapies would go. These include their first consultation and the numerous roadblocks to recovery, including affording it and seeking the correct doctor. 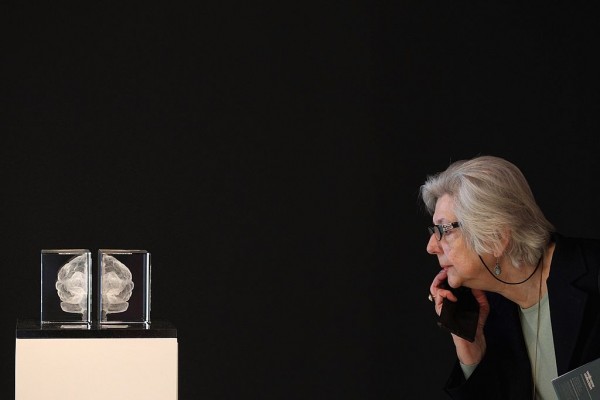 (Photo: Dan Kitwood/Getty Images)
LONDON, ENGLAND - MARCH 27: A visitor looks at an artwork entitled 'My Soul' by Katharine Dowson which consists of a laser-etched lead crystal glass formation in the shape of a brain, and was created using the artists own MRI Scan on March 27, 2012, in London, England. The exhibit makes up part of the Wellcome Collection's major new exhibition, 'Brains' which includes slices of Einstein's brain, 3000-year-old trepanned skulls, ancient Egyptian mummified brains and brains in jars, and opens to the public from March 29 June 17, 2012. (

The First Appointment: What Should You Discuss?

Monica Lyn Thompson, a licensed clinical psychologist and licensed professional counselor in Georgia, told Inverse that she check the names and pronouns of her new clients before proceeding.

"I [introduce] myself to let them know that I'm happy they made it, because I know it's hard to take this kind of step towards recovery to improving," says Thompson.

She makes sure what the clients would talk about would remain private until the consumer threatens to hurt themselves or anyone else.

Jaime Castillo, a clinical social worker, and therapist, told Inverse that she would ask her client questions regarding general areas of their lives, such as their career status and family situations, leading to their present problems.

She explains to her clients that they can address the queries at their own comfort level, and she holds her queries mostly at a surface level. If they have been to counseling previously, how comfortable they are with the procedure, and if they have any questions for her, Castillo even asks new clients.

Castillo notes that the first session is introductory in that it begins with a little chat and getting to know each other. According to her, there is a simplicity and flow that helps her to get some good clinical details while also having things sound conversational.

Alyssa Mancao, a clinical social worker and therapist in California, said she would help clients initiate their first session at the beginning of the appointment. Usually, the first steps in Mancao comprise goal-setting, talking through what the person needs to focus on, or reach while in counseling.

However, Jennie Marie Battistin, a licensed marriage family therapist in California, said the clients' priorities do not need to be well-defined. She says the chance to see how clients "stick" with the psychiatrist often relies on the first session.

"Ideally, you want to walk away feeling like I can trust this person to discuss my most significant worries, ugly thoughts, or challenging life experiences," Battistin says. "When it is the right 'fit,' you will probably walk away saying 'wow, I told them more about myself that I thought I would.'"

Tips For Anxious Populations to Make Their First Appointment

Castillo notes it is entirely normal to feel intimidated by the first encounter. She explained that clients aren't used to communicating with a total outsider about the most personal aspects of their lives. According to Castillo, therapists acknowledge that.

She stresses that the clients don't need to divulge anything in the first appointment, and they don't have to trust the psychiatrist straight off the bat. Before the first visit, several therapists often give free 10-minute phone consultations, which she strongly encourages.

"Feeling intimidated by going to counseling is common and feeling anxious is common," she notes.

Everything the client should need to bring in the therapy session is a desire to be transparent and frank, Battistin says. An expert therapist will help you through the process. It can help have a comfortable place to connect to someone like your friends and relatives who may not have a plan or a stake in your personal life.

Student Mental Health Priority for Welsh Government Due to Coronavirus

Check out more news and information on Mental Health at Science Times.