Machine Learning Might Guide the Arrow of Time in Microscopic Processes

In a microscopic context, fluctuations can cause phenomena that directly violate the second law of thermodynamics, leading observers to find the arrow of time being blurry and vague. However, a new machine-learning algorithm could help researchers in the future.

The second law of thermodynamics explains, in non-equilibrium states, an asymmetry that drives physical systems from one state to another. This law, concerning the evolution of physical systems, has been associated with the principle of cause preceding effect, or systems moving forward and backward in time - known as causality, or the arrow of time.

Unfortunately, researchers viewing a microscopic process - as in video playback - encounter difficulties and they can't tell apart whether they are watching it play normally or backward. 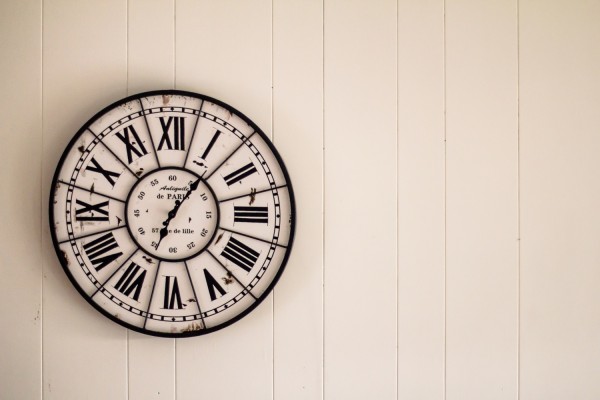 (Photo: Steve Johnson via Pexels.com)
A classic wall-mounted clock. Clocks are often used as symbols of time, the direction of which has become a point of interest in studies of microscopic nature.

RELATED: 3 Characteristics of Water That Seem to Defy the Laws of Physics

Inferring Where The Arrow of Time Points

A research team from the University of Maryland created their own machine-learning algorithm that can help determine where this thermodynamic arrow of time points. The details of their study are published in the journal Nature Physics.

"I learned about thermodynamics at small scales when I took a course on non-equilibrium statistical mechanics taught by Prof. Jarzysnki," explained Alireza Seif, one of the researchers behind the study, in a statement to Phys.org. He was referring to Christopher Jarzynski, from the Department of Physics at the University of Maryland and also an author in the study. Seif also shared that at the time, he was looking for applications of machine learning in physics, which has been a point of interest for recent studies.

Sief explained that they used supervised learning and neural network training based on a set of simulated movies showing physical processes. Each file was labeled whether they were playing forward or backward. Additionally, the neural network returns a value - either zero or one - depending on the movie and the programmed parameters on the network such as weights and biases. Researchers then checked the value of these parameters that "minimizes the difference between the output of the neural network and the true labels," referring to the direction of the arrow.

Researchers then tested their neural network against a set of physical process videos, establishing that it can successfully distinguish the direction of the thermodynamic arrow of time. Furthermore, researchers also identified the dissipated work as the quantity to determine the direction.

Also, the researchers report in their study that they used a method called inceptionism. It was developed by Google software engineers, attempting to make neural networks display the results of its image generation and pattern recognition to the users. It allows users of a neural network to observe the progress made by the system.

Seif explained that previous works have quantified the physics behind the arrow of time within the context of nonequilibrium systems. "It is interesting that a well-known algorithm (logistic regression) that existed decades before these theorems lead to the same results."

Check out more news and information on Thermodynamics in Science Times.