The Netflix documentary Secrets of the Saqqara Tomb gave viewers a mere glimpse of the hidden wonders in one of Egypt's richest necropolis. Antiquities officials recently announced the discovery of more than 100 coffins known.

Tourism and Antiquities Minister Khaled el-Anany announced that the coffins belong to the Ptolemaic dynasty between 320 B.C. to 30 B.C when Egypt was ruled by Greek Pharaohs. The coffins had detailed hieroglyphics on the exterior while some had the mummified remains of top officials from the ancient dynasty.

Some coffins were made of wood while others were made of stone, known as sarcophagi. There were also several artifacts such as gilded statues.

Largest Discovery Up to Date

It is the largest discovery up to date, said archaeologist Salima Kiram from the American University, but is very similar to the previous discoveries found in Saqqara. The team not only opened some of the coffins to see the mummified remains but also conducted X-rays. One of the scans revealed that a male top official was in his 40s and had his brain removed through his nose during embalming. 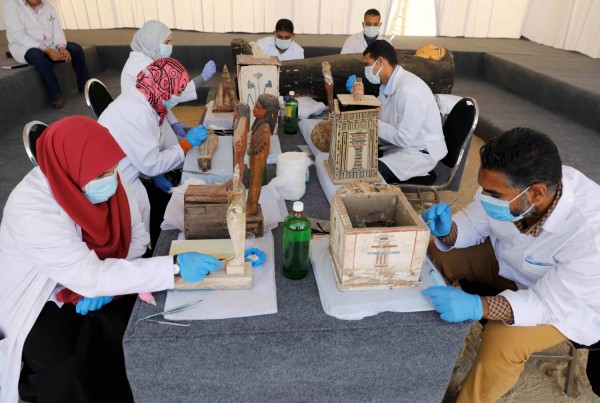 At the time, explained Campbell Price from Manchester Museum, Saqqara was a pilgrimage site as well as a cemetery for important people like Pharaohs and their officials. With the Step Pyramid nearby, people wanted to be buried in a place suitable for gods. Saqqara "ad this numinous, divine energy that would help you to get into the afterlife."

Some of the most common find the diggers and archaeologists find in Saqqara are cats and cat statues in honor of the goddess Bastet. Bastet was believed to be the goddess of fertility, protection, as well as a fierce warrior who has a temple near the Step Pyramid. 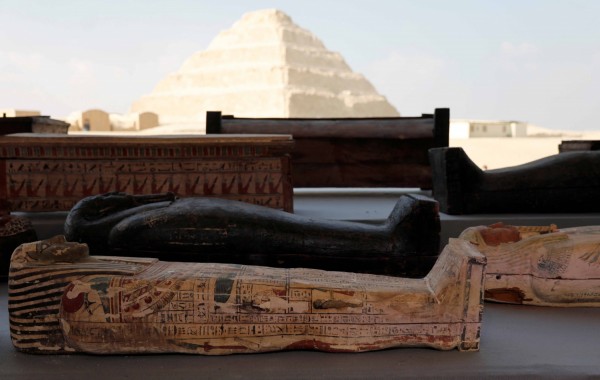 Secrets of the Saqqara Tomb

In Secrets of the Saqqara Tomb, they even discovered the first mummified lion cub buried among hundreds of cat mummies. Other mummified animals include cobras and crocodiles.

The hieroglyphics on the exterior also reveal information about the mummies inside such as their name and societal role. Experts Nermeen Momen Mohamed and Nabil Eldalee are responsible for decoding the ancient texts, which is more complex than it seems. They explained that the text could be written left to right and top to bottom or vice versa. One trick, they shared, is to check which way the bird is facing.

In the 2018 documentary, the focus was on finding a new discovery before the season ended, marking the beginning of Ramadan, and discovering the truth behind the burial chamber of a man named Wahtye. According to the hieroglyphics, Wahtye was a priest who had a wife and four children.

The recent discovery will make its debut in the documentary Tomb Hunters by next year. Aside from unearthing the rich culture of the Ancient Egyptians, the recent discoveries could boost the nation's tourism industry and help with the economic crisis caused by the pandemic.

Check out more news and information on Ancient Egypt on Science Times.