Astronauts Finally Board SpaceX Rocket to ISS Without Musk; What Makes This Trip Extra Special?

SpaceX successfully deployed the second astronaut team to orbit within the company's Crew Dragon spaceship this evening. The Crew-1 flight marks the first Crew Dragon operating mission, as SpaceX embarks on the modern age of routinely sending individuals to and from NASA's International Space Station.

The Crew Dragon took flight from NASA's Kennedy Space Center in Florida at 7:27PM ET on top of SpaceX's Falcon 9 spacecraft. The Falcon 9 booster safely landed in the Atlantic Ocean on the drone ship 'Just Read the Directions' after takeoff. The plan is for the booster to be re-used on the next crew flight of SpaceX, Crew-2. 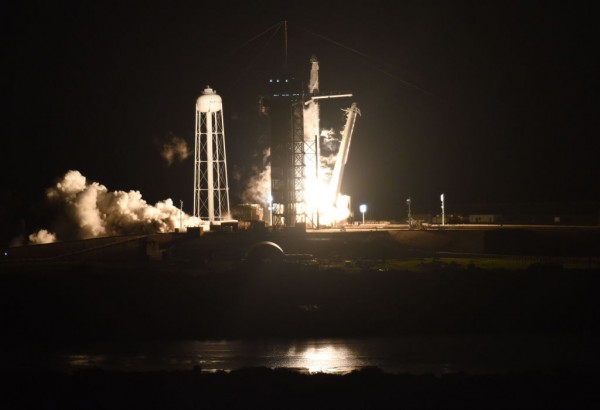 What Makes This Launch So Unique?

What's perhaps more important about this mission is that according to an article from Space.com, this is the first time SpaceX has sent a total of four astronauts to the Crew Dragon capsule. This launch captures how far SpaceX has come from launching without any concrete future before NASA contracts have actually arrived.

SpaceX was pretty uncertain for Elon Musk back in the past when their rockets started to crash. But because of its excellent team and interesting manufacturing and technological strategy, the planet can eventually see the Falcon 9 rocket carrying the first Crew Dragon capsule loaded with four astronauts!

According to Spaceflightnow, another success that this launch would revolve around a particular Japanese citizen. Astronaut Soichi Noguchi has already flown on a separate space shuttle and another Russian capsule straight into the International Space Station. This number of trips is remarkable, but there is a new milestone being made this time around. 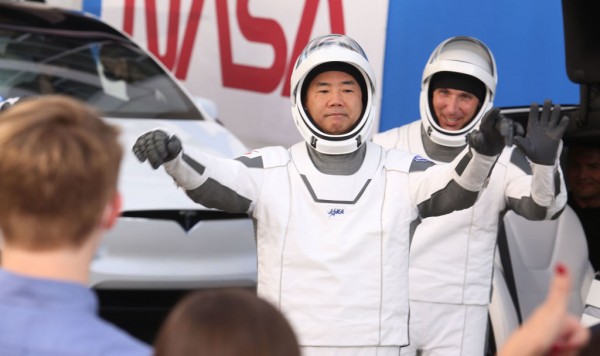 (Photo : Red Huber/Getty Images)
CAPE CANAVERAL, FL - NOVEMBER 15: Japan Aerospace Exploration Agency (JAXA) astronaut Soichi Noguchi and NASA astronaut Mike Hopkins wave to family members after walking out of the Operations and Checkout Building on their way to the SpaceX Falcon 9 rocket with the Crew Dragon spacecraft on launch pad 39A at the Kennedy Space Center on November 15, 2020 in Cape Canaveral, Florida. This will mark the second astronaut launch from U.S. soil by NASA and SpaceX and the first operational mission named Crew-1 to the International Space Station.

Since Soichi Noguchi is part of the latest SpaceX Crew Dragon spaceship, this is going to make him the very third person on board three separate forms of spacecraft actually to fly from Earth all the way into orbit.

Japanese astronaut Soichi Noguchi flew on a space shuttle and a Russian capsule to the International Space Station. He is now planning to fly on a SpaceX Crew Dragon spaceship, being just the third human on three separate kinds of spacecraft to launch from Earth into orbit. This further reveals exactly how much of a veteran explorer Soichi Noguchi truly is despite riding two other spaceships by heading to the moon. This third one produced the record.

Where is Musk, though?

According to AP, SpaceX owner Elon Musk was forced to watch from afar to track the action due to COVID-19. He tweeted that he had a mild case of COVID-19 "most probable." NASA protocol at the Kennedy Space Center allows anybody who tests coronavirus-positive to be quarantined and isolated.

Yeah, I feel pretty normal. No symptoms right now. Last week, I had symptoms of a minor cold. I’ve had some brutal flu/cold experiences, but this was mild & hopefully over. — Elon Musk (@elonmusk) November 15, 2020

The flight took at precisely 7:27PM EST (or 0027 GMT on November 16) from NASA's Pad 39A over the Kennedy Space Center. The flight will take place on the SpaceX Falcon 9 rocket, which is confirmed to hold a Crew Dragon capsule filled inside with the four Crew-1 astronauts.

All that needs to be done for those who missed the live launch event is to go to the official SpaceX website by clicking this link here! Audiences must watch the exact period reported since these forms of releases typically do not hesitate.