International Space Station Will Be Visible to The Naked Eye Soon! Here's How to See The Space Craft

The International Space Station (ISS) is already noticeable in our skies through the naked eye. The good thing is that you will have many chances to see it every day during the next week.

It is the largest space station and laboratory ever constructed, making it reasonably easy to locate for stargazers. So there's no need to think about getting some unique equipment to get a peek. 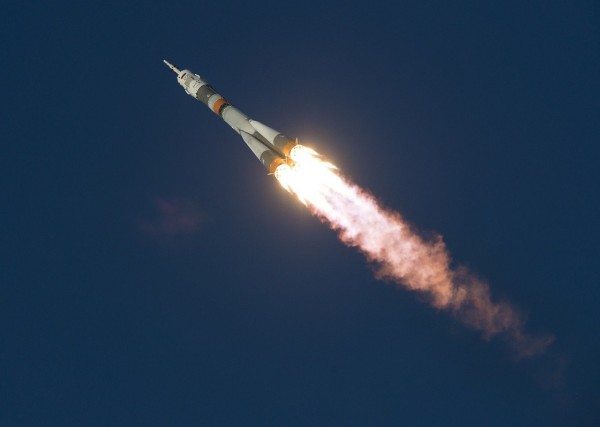 (Photo : Pixabay)
NASA Is Sending An Astronaut to ISS Onboard A Russian Rocket, But Why?

How To See the Spacecraft With the Naked Eye

According to South Wales Argus, ISS will cross the sky at various hours in the morning sky and evening sky this month. Still, there will be a break in the cloud cover that will enable you to see this remarkable scientific feat that has been in orbit for 20 years now and has been home to hundreds of different astronauts from dozens of different countries.

If you've seen the ISS before, you might bypass this bit and head directly to the dates and times below. So if you've never seen it before, then you're aiming for a bright "star" growing in the west, circles through the sky - from right to left while you're out there gazing at the sky - and then sets or disappears in the east from view.

The trick is movement: if you glance at a bright object still standing in the sky, it's a star or a satellite, not the ISS. At the moment, many people are mistaking the brilliant planets Mars and Venus for the ISS. Also, the ISS does not glow like an aircraft or twinkle like a star; it shines with a constant light. Go out and face the west on the following dates, just before the times specified. Finally, you can see a "star" growing from the horizon, going left.

The faint, low passes are interesting to see as you know you're staring at a space ship in actual life, with an astronaut team on board, traveling at 17,000 mph across the constellations.

How To See the Spacecraft With This Tool

NASA also released an interactive chart at its Spot the Station site to help in this skywatching endeavor. This tool enables users to access their position, according to NASA, and to identify the best locations in a 50-mile area to watch the station as it moves over them.

"The International Space Station's trajectory passes over more than 90 percent of Earth's population. The service notifies users of passes that are high enough in the sky to be easily visible over trees, buildings and other objects on the horizon," NASA officials said in the statement.

NASA launched the space station's first portion into space in 1998. Since then, the orbital laboratory has been placed together to build a complicated system that is currently around the size of a football field in the United States. On the 16th anniversary of humans residing and operating continuously onboard the station, the launch of Spot the Station takes place.

Users may also sign up to obtain an email or text message notifying them that the station will soon be available in their chosen region using the Spot the Station app.

NASA provides an embeddable Spot the Station widget (which you can see here in addition to the recent interactive Spot the Station tracker, which helps users to figure out where their position would move overhead by the station.