A research project between the University of Tübingen and the Egyptian Ministry of Tourism and Antiquities uncovered the 2,000-year-old inscriptions in a temple in Esna, Egypt. They restored the ancient inscriptions by removing layers of soot and dirt.

The ancient painted carvings and hieroglyphics are quite vibrant as if they were recently pained, said professor Christian Leitz, who teaches Egyptology at the German University. The carves scenes depict constellations - some commonly known such as the Mesekhtiu (Big Dipper) and Sah or Orion.

There are also some unknown constellations such as "the geese of Ra" or "Adpedu n Ra" in honor of the Egyptian sun god. Some stars in the carvings have not been identified since they didn't have accompanying descriptions, such as the unique representation of a constellation with a mummy and multiple symbols. 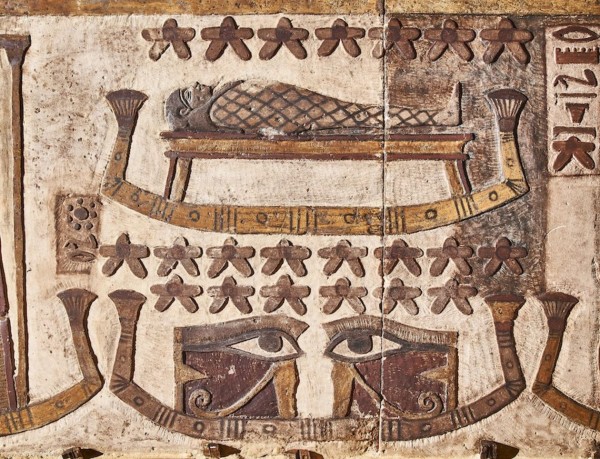 (Photo : Representation of a constellation in form of a mummy/University of Tübingen )

The Temple of Esna

The Temple of Esna is a Greco-Roman temple from the 16th century during the rule of Roman Emperor Claudius. It was used to store cotton, described Leitz, up until the early 19th century.

It is made out of sandstone with 24 columns supporting the roof and 18 free-standing columns with colorful plant decorations. The experts believe that the temple was decorated for up to 200 years. Its ceiling is especially exceptional for its astronomical and hieroglyphic inscriptions. The inscriptions are also evidence of religious beliefs and cult movements at the time. 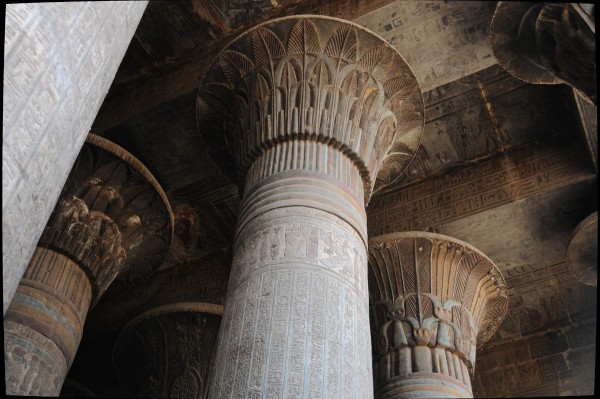 (Photo : The temple of Esna (interior view)/University of Tübingen )

Most of the temple has already been destroyed and neglected, although researchers have yet to determine the causes. What's left is the vestibule or passage hall between the entrance and the interior of the temple.

The remaining part of the temple remained untouched even as locals built houses and shacks around it. During the time of Napoleon (late 18th to early 19th centuries) the site attracted experts such as French Egyptologist Serge Sauneron who did early work in publishing the inscriptions. However, the layers of soot and bird droppings hindered him from interpreting the inscriptions.

Leitz said that the hieroglyphics that Saunernon identified are now better understood because of the details provided by the original paint colors. At the time, Sauneron also did not have photographs, unlike today's research teams. 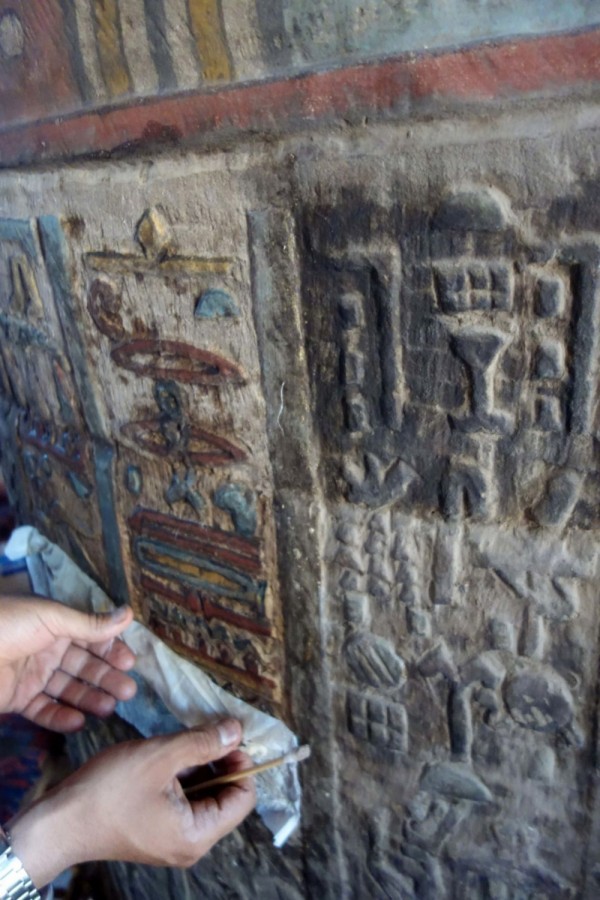 (Photo : Restoration of a text on column 7)/University of Tübingen )

Some of the restored works include cartouches or a carved tablet. One colorful cartouche contains the name Hadrian alongside the gods Khnum, the god of the Nile River, and Behedeti, the god of the midday sun.

The Big Dipper/Mesekhtiu inscription depicts the evil god Seth who supposedly murdered his brother Osiris and prevents him from reaching the underworld. The seven stars are also joined by the hippo goddess Tawaret holding a steak attached to a bull's leg.

Restoration of the temple began two years ago with teams working on both conservation and documentation of the paintings and inscriptions. Once completed, they will publish volume seven of Sauneron's original Esna series with photographs included.

Check out more news and information on Ancient Egypt on Science Times.