How Pfizer and Moderna Vaccines Work Without Causing Accidental Infections

Scientists have mixed emotions for decades regarding messenger RNA (mRNA) vaccines. In asking cells to create proteins, the tiny genetic code fragments are critical in unleashing the immune response. Yet, they remain impossible to tame. But nowadays, the COVID-19 virus spurred a worldwide scramble to develop a vaccine using the same.

Both Pfizer and Moderna are now researching their independent candidates for vaccinations utilizing mRNA, to cause the immune system to generate defensive antibodies without the use of individual virus pieces. If the Food and Drug Administration accepts the experimental coronavirus vaccinations, they would be the first-ever approved vaccines utilizing mRNA. This breakthrough will change the tables in this pandemic and unlock a whole new line of vaccines against several viruses. 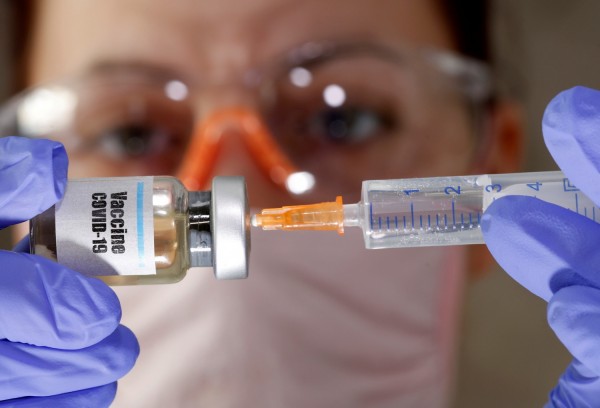 Pfizer published preliminary results last week that revealed that its vaccine candidate is more than 90% successful in stopping symptomatic Covid-19 from occurring.

Moderna contributed to the positive reports on Monday, with early findings from its Phase 3 study demonstrating that its groundbreaking vaccine is 94.5% successful in combating the disease. Having such clear outcomes is a positive indication at this point of the trials.

Where they are stored is one of the key distinctions between the two vaccine applicants. Both need two doses, but the Pfizer vaccine must be kept at temperatures of negative 94 degrees Fahrenheit or lower, which has created questions over the practicality of how it will be administered and distributed. The Moderna vaccine does not need ultracold storage and will stay stable for 30 days at normal cooling speeds, from approximately 36 to 46 degrees Fahrenheit.

While reassuring, the findings are only tentative, the complete results of the research have not yet been released for other scientists to scrutinize in a peer-reviewed journal, and it is not yet clear how long the vaccinations will provide safety or if they can work well over all age ranges and ethnicities.

How Does mRNA Vaccine Work?

Vaccines are administered to strengthen the immune system. Traditionally, vaccines contain either weakened viruses or the virus' purified signature proteins.

There are several main variations in the two experimental vaccinations that would potentially impact how they are given to and how they are delivered. Yet analysts say that positive early outcomes from both camps may be a blessing for the technology that had progressed over almost three decades, but was long considered to be a pipe dream.

However, an mRNA vaccine is unusual when an individual absorbs genetic material, mRNA, which encodes the viral protein, rather than getting the viral protein ingested. When the upper arm is infused with these genetic commands, the muscle cells translate them directly through the body to produce the viral protein.

This method imitates what SARS-CoV-2 does in nature, except only for the essential fragment of the viral protein the vaccine mRNA codes. This offers the immune system a taste of what, without triggering illness, the actual virus appears like. This preview allows the immune system time to design strong antibodies that will neutralize the actual virus if the person is ever contaminated.

Dr. Carlos del Rio, executive associate dean of the Emory University School of Medicine in Atlanta, told NBC. that many people were skeptical that an mRNA vaccine would work while the clinical results made sense. "There's no mRNA vaccine out there that has been approved yet," the expert said.

According to The Conversation, experts introduced mRNA vaccine a while back when they started inserted synthetic mRNA in animals. Yet improvement has proven to be sluggish. That's because not only is mRNA notoriously brittle and quick to decay into smaller parts, it is often readily broken by the immune defenses of the human body, which renders it very inefficient to transmit it to the goal.

But researchers worked out how to stabilize mRNA and bundle it into tiny particles to distribute it as a vaccine starting in 2005. It is expected that the mRNA COVID-19 vaccine will be the first to be approved by the FDA utilizing this technology.

The mRNA vaccines are now available for assessment after a decade of work. Doctors may be looking for unintended immune responses, which may be both useful and dangerous.