York University researchers recently found, as winters turn out to be milder and lake ice becomes less stable, more children and young adults have fallen through the ice and drowned.

A new study, which investigated 4,000 drownings in 10 countries, which included Russia, Finland, Canada, Germany, Sweden, and the United States, among others, showed warming winter air temperatures were a forecaster of some drownings.

The study also investigated a number of decades of ideas, which include three decades' worth of each Canadian province and territory. 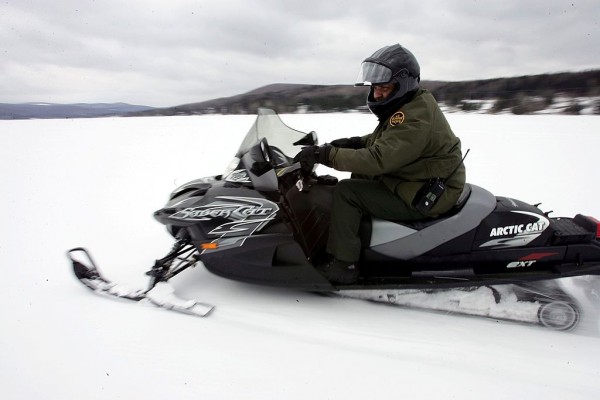 (Photo : Joe Raedle/Getty Images)
A study showed, half of the drowning victims are children aged below nine years of who played on ice, while most of the victims drowning while riding in a vehicle such as snowmobiles, were young adults aged below 24 years old.

Canada, Having the Highest Number of Winter Drownings

According to reports, Canada was recorded to have the "highest number of winter drownings." More so, the territories where people are using frozen lakes more for livelihood like hunting and fishing had the highest drowning rate per capita in all of the regions evaluated in 10 nations.

According to Associate Professor Sapna Sharma, lead researcher from the Faculty of Science who collaborated with Postdoctoral Fellows Kevin Blagrave and Simon Watson, former PhD student Tessa Clemens and an international research team, the time "when the risk of drowning is greatest" is at the start and end of winter, also corresponding to the weakest ice, when it is less stable, not to mention, less thick.

Sharma added, in this research, they also evaluated who was drowning, when, and what specific activities they were engaged in at the time of the drowning.

As a result, half of the drowning victims are children aged below nine years of who played on ice, while most of the victims drowning while riding in a vehicle such as snowmobiles were young adults aged below 24 years old.

As specified in the study, the multifaceted nature of changing winters, including warming temperatures, rain on snow, and freeze-thaw activities and events, are destabilizing ice on freshwater lakes and rivers in nations within the Northern Hemisphere.

Once winter air temperatures neared in on zero-degree Celsius, the number of drownings rose up to five times more than the normal.

Furthermore, once air temperatures reached zero-degree Celsius or more, the number of drownings dropped drastically, possibly because the ice was noticeably unsafe and non-existent.

The researchers collected drowning records from offices of coroners, police departments, and lifesaving societies all over the world, and these include the Lifesaving Society Canada.

The study investigators collected precipitation and temperature data, too, for every month, as well as the area for each drowning, through the use of data from the University of East Anglia's Climatic Research Unit.

They also collected population data from across nations such as Canada, Germany, Finland, Russia, Sweden, and Estonia, as well as for Italian and Japanese regions and US states.

Since they also evaluated trends in lake ice over centuries, the researchers said they know that "ice on is much later in the season, and 'off' is much earlier."

Sharma explained that they see such trends in lakes and rivers throughout Northern Hemisphere and that they found that the drowning events with the most number correspond to these times of both ice off and on.

Check out more news and information on the Arctic on Science Times.