It may be a widely-known scientific fact that infectious diseases take place and reemerge because of climate change. Still, a study which comprised involvement of the UAB that PLOS ONE published shows that about 48.9 percent of the population studied are not aware of this association.

The spread of specific infectious diseases has reportedly been altered by processes associated with "climatic and environmental anomalies."

A rise in infectious outbreaks is projected to be observed in mild climates because of global warming. The changes in climate patterns like El Nino are changing the existence, solidity, strength, and subtleties of transmission of lots of viruses and pathogens.

Understanding how climate inconsistency is impacting the spread of these diseases is essential for both researchers, as well as the general public.

A lot of things have been done to raise awareness of climate change in the past several years. However, there still appears to be a widespread inadequacy of knowledge of the impacts climate change has on infectious diseases. 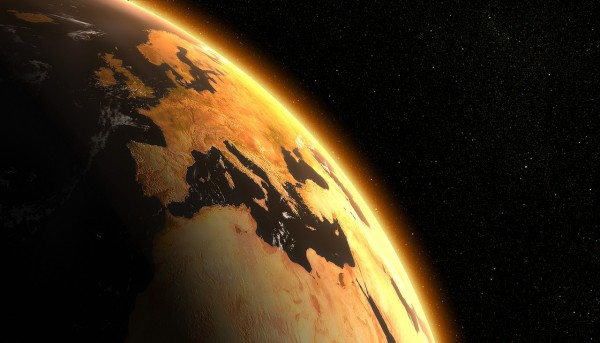 (Photo : Jürgen Jester on Pixabay)
Research recently showed that nearly half of the population is not aware of the association between climate change and its impact on infectious diseases.

Climate Change and its Impact on Infectious Diseases

The research recently published in PLOS ONE is and conducted by international master's degree Erasmus Mundus IDOH+ or Infectious Disease and One Health students, coordinated by the Université de Tours, the UAB, and the Hannover Medical School, shows that nearly half of the population is not aware of the association between climate change and its impact on infectious diseases.

The study was grounded on a multinational cross-sectional investigation, in which 458 participants all, from different parts of the world, were evaluated to discover their understanding of the impacts climate change has on the occurrence of infectious disease.

Study findings reveal a lack of understanding among the general public and noticeable differences depending on nationality and educational background.

A total of 48.9 percent of the participants was found to have never considered before the impacts of climate change on infectious diseases.

Such a percentage dropped to 38.4 percent among those who had a solid understanding of the natural sciences and went up to 59.2 percent in participants who worked in sectors that had nothing to do with science.

Despite the variance, the survey also presented that "knowledge and awareness of climate change" are not related to the participants' educational level, given the scientific distribution of environmentally-associated topics has been extremely intensified in the past years.

Most Study Participants, Afraid of a Developing Infectious Disease

The vast majority, about 64.6 percent of the study participants, fear of developing an infectious disease. Specifically, in Europe, 51.7 percent of the volunteers were less apprehensive compared to their American at 71.4-percent, and Asian at 87.7-percent counterparts.

In terms of protection measures, the vast majority of the participants, about 70.5 percent of them, consulted the need for vaccination "before traveling to a tropical country."

In connection with this observation, more than 50 percent of those studied were afraid of developing infectious diseases in a country with hot weather. However, differences were identified based on nationality: in this circumstance, European participants comprising 72 percent, were more fearful when compared to 41.3 percent American and 37.7 percent Asian participants.