A discovery in the Amazon rainforest showed an eight-mile-long "canvas" filled with ice age illustrations of mastodons, giant sloths, as well as other nonexistent beasts.

According to a new study, the stunning artwork, drawn using ochre, a red pigment often used as a paint in the primeval era, spans almost eight miles or 13 kilometers of rock on the hills atop three shelters made of rocks in the Colombian Amazon.

According to Mark Robinson, co-researcher of the study and a University of Exeter archeologist, such artistic illustrations are "incredible images," which the earliest people produced "to live in western Amazonia." Robinson also analyzed the rock art, alongside scientists of Colombia. 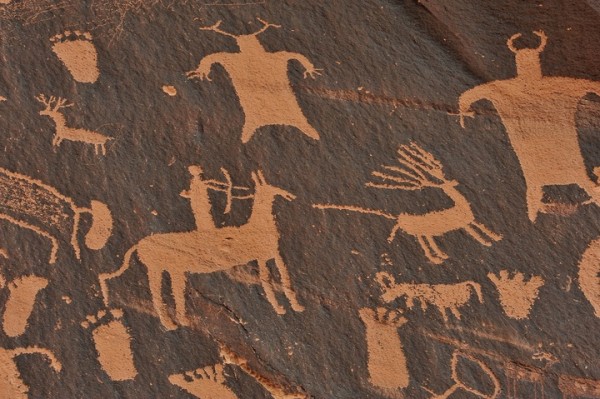 (Photo : PxHere)
The countless ice age paintings comprise both geometric designs and handprints, as well as a great range of animals, from the so-called ‘small’ like deer, alligators, bats, tapirs, turtles and serpents, among others; to large such as camelids, three-toed hoofed mammals with trunks and horses.

At that time, said Robinson, the Amazon was still in transformation "into the tropical forest" being recognized at present.

Essentially, increasing temperatures altered the Amazon from a collaged backdrop of plains, thorny scrub, and forest into the leafy hot rainforest of today.

The countless ice age paintings comprise both geometric designs and handprints, as well as a great range of animals, from the so-called "small" like deer, alligators, bats, tapirs, turtles, and serpents, among others; to large such as camelids, three-toed hoofed mammals with trunks and horses.

Furthermore, even though there is ice age animal rock art seen in Central Brazil, as well, the new findings are said to be more detailed and provide a clear explanation of what the now-non-existent species appeared like, explained the researchers.

The paintings, Robinson elaborated, offer a "vivid and exciting glimpse" into these communities' lives. He added, it is unbelievable for one to think today that such species lived among and captured giant herbivores, some of which were even small car-sized.

As indicated in the research, a lot of the large animals of South America went nonexistent towards the last ice age's end, possibly, through human hunting and climate change combined.

Diggings within rock-made shelters unveiled that the said camps were among the earliest sites occupied by humans in the Amazon.

Study authors said, both paintings and camps offer hints about the diets of these early hunter-gatherers. For example, bones and planet remnants specify that the menu comprised palm and tree fruits, snakes, piranhas, frogs, alligators, and rodents like capybara and paca, among others.

Scientists dug the rock shelters between 2017 and 2018, after the peace treaty in 2016 between the Colombian administration and FARC, a group of rebel guerrillas.

According to Jose Iriarte, study co-researcher and a University of Exeter archaeologist, the said rock paintings are remarkable evidence of how human beings rebuilt the land and how they captured animals, cultivated land, and fished.

Iriarte also said it is possible that "art was a powerful part of culture," not to mention people's way of connecting socially. Live Science originally published the said findings.

Check out more news and information on Ice Age on Science Times.