Do you notice yourself having muscle pain at the onset of a physical exercise? It may be because it is the first time or a comeback from a long break from workout? Such pain then becomes the reason why you have limited movements, even the simple ones throughout the day, or even up to several days after exercise.

Give it time, and have even just a little determination, and your muscles will get accustomed to your effort, leading to the development of more strength and endurance.

In their study published in the Cell journal, scientists associated with Harvard University in the United States and the Brazil-based University of São Paulo identified and discussed the cellular mediator that's making it possible to adjust to an exercise.

The mediator the researchers found is succinate, a metabolite previously identified only because of its function in mitochondrial respiration.

Researchers behind this study included Professor Julio Cesar Batista Ferreira from USP's Biomedical Sciences Institute, who's also a Center for Research on Redox Processes in Biomedicine or Redexome Member, and Luiz Henrique Bozi, a postdoctoral fellow. He conducted the study while he was a Harvard research intern, with support from FAPESP São Paulo Research Foundation. 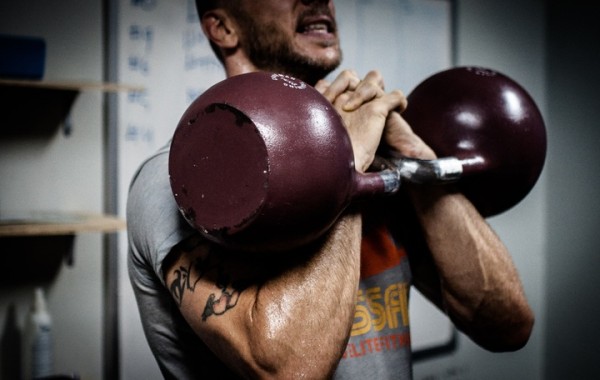 What Does Succinate Do to the Muscle Cells?

In an article posted on Phys.org, explaining to Agência FAPES, Ferreira said, their results show that "succinate leaves muscle cells during exercise and sends their neighbors" signs or indicators that encourage a "process of muscle tissue remodeling."

The motor neurons then develop new ramifications. The study authored continued, adding that the "muscle fibers become more uniform" in gaining strength on contracting, and acceptance of blood sugar increases in cells to produce adenosine triphosphate or ATP, the cellular fuel. In this particular process, Ferreira elaborated, there is an increase in efficiency.

The study findings highlighted in the article are grounded on a large number of experiments in both animals and humans. The first engaged comparisons of over 500 metabolites existing in mouse leg muscles prior to and after the mice ran on a treadmill until they were exhausted.

Aside from muscle fibers, Ferreira said, muscle tissue contains nerve, endothelial and immune cells, too. He further explained, if each of the cells was a house, the streets between such houses would be "the interstitium or interstitial space.

The study investigators isolated and evaluated each of the said houses and streets to know what changes in the neighborhood after physical exercise and identified a substantial increase in succinate "only in muscle fibers and interstitium."

An akin phenomenon was also identified in healthy human volunteers whose age was between 25 and 30 years during a 60-minute intense exercise on a stationary bicycle.

In this circumstance, the study authors examined blood samples collected through catheters in the femoral artery and vein. They discovered that levels of succinate increased considerably in venous blood, leaving the muscle and fell short while on recovery.

Their result convinced the scientists that muscles, indeed, released succinate in reaction to the stress resulting from exercise, although they wanted to know how, and most of all, why.

Assessment of the human volunteers' blood provided a clue that one more compound that increased with exercise, in both arterial and venous blood, was lactate, an indication that the cells had their emergency energy generation system activated.

ALSO READ: Daily Exercise Can Save 5 Million People a Year, Says WHO

Check out more news and information on Exercise on Science Times.