The Food and Drug Administration Vaccines Committee on Thursday recommended the approval for the emergency use of Pfizer's COVID-19 vaccine, which would generate a massive distribution initiative.

At present, hospitals are in standby mode expecting a thumbs up from the FDA anytime. When this takes place, hospitals will be ready for the deployment of the vaccine within hours.

CBS Chicago reported, Thursday "was marked by hour after hour of discussions" by the committee members, coming from a group of independent medical experts "with voting on whether the FDA should authorize the vaccine."

It is not a requirement for the FDA to follow the recommendation, although they usually do. According to Munster Community Hospital chief medical officer Dr. Alan Kumar, their staff is ready to go.

He added, the hospital is one of the five "pre-positioning" sites located in Indiana, expected to receive the first doses of the vaccine. 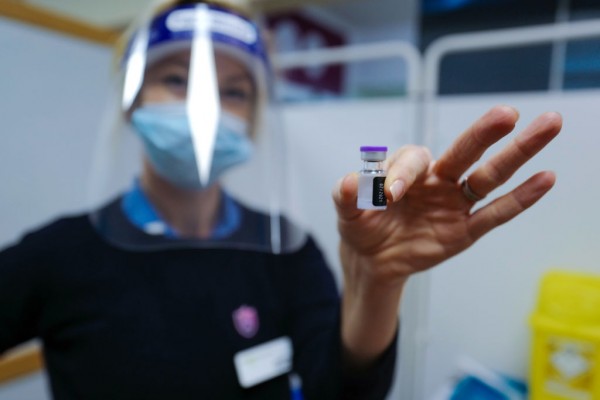 (Photo : Hugh Hastings/Getty Images)
The Food and Drug Administration Vaccines Committee on Thursday recommended the approval for the emergency use of Pfizer’s COVID-19 vaccine, which would generate a massive distribution initiative.

Following an eight-hour public hearing, the independent Vaccines and Related Biological Products Advisory Committee, which had a 17-4 vote with one abstention, recommended the emergency use of the Pfizer-BioNTech vaccine called BNT162b2

Committee members found the vaccine's benefits outweighed the risks for most people aged 16 years and above.

While some members of the committed were having difficulty if the vaccine should be authorized for use in teenage individuals between 16 and 17 years old, Dr. Levy contended that it was essential to include children.

He also said, most vaccines worldwide are administered to children, and their rates for vaccination rates are far higher compared to adults.

Meanwhile, as the Advisory Committee on Immunization Practices does not have governing power, providers getting vaccines for COVID-19 have signed agreements to comply with the guidelines of the committee. If that committee approves, mass vaccination could then start as early as next week.

In Illinois, about 10 hospitals are reported on standi by after they got selected as a central distribution point for the region. Among these hospitals is Advocate Aura Health system's Christ Medical Center.

Dr. Robert Citronbert, the hospital's executive medical director of infectious disease and prevention, said this latest development in the COVID-19 vaccine is an "incredible landmark."

He added, the fact that the vaccine was able to be developed in just a short span of time is among "the greatest scientific achievements of our time."

The same report said, Kumar said on Thursday, they have a detailed playbook that they will start to follow once they receive the shipment which, he is expecting will be around mid-December.

The officer also said they would be ready to go the moment that the "Pfizer vaccine is already apparent in the storage centers" at an undisclosed site in the state of Indiana. Kumar does not even know exactly the location where the vaccine is being stored.