NBC News reported early today that several European nations had banned flights from the United Kingdom over concerns regarding a new coronavirus variant that forced millions in Britain to cancel their plans for Christmas.

The said news report specified that countries like Germany, the Netherlands, Austria, Italy, and Belgium all announced travel restrictions on UK.

Others, the news site said, are likely to follow suit as scientists cautioned that the new variant spreads more rapidly compared to its predecessor.

With the rising infection levels in the UK, Boris Johnson, the Prime Minister of Britain, said, London and the Southeast of the UK would be "put under the strictest lockdown rules," called "Tier 4." 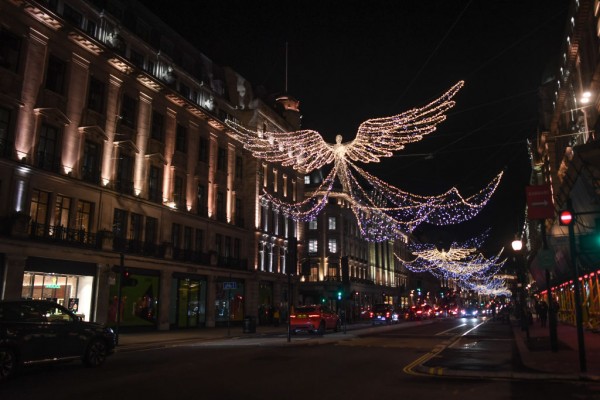 (Photo : Peter Summers/Getty Images)
London and large parts of southern England were moved into a newly created ‘Tier 4’ lockdown, closing non-essential shops and limiting household mixing. The government also scrapped a plan to allow multi-household ‘bubbles’ to form for over a 5-day period around Christmas.

As a result, during the implementation of the said strictest lockdown rules, nonessential stores, gyms, movie houses, salons, and bowling alleys will be mandated to close for two weeks, while people will be constrained to meeting one other individual from another household in a public space outdoors.

Additionally, a 'bubble' policy, enabling a maximum of three families to meet over this holiday period in some areas of the country that are not put under 'Tier 4' restrictions, will be reduced and will only be applicable on Christmas Day, said the Prime Minister.

Mutation of the Virus

According to the COVID-19 technical lead for the World Health Organization, Maria Van Kerkhover, UK health officials initially detected the new variant, which British scientists have named "VUI - 202012/01," in mid-September.

It is quite typical for viruses to mutate, said cellular microbiology Simon Clarke, from the UK's University of Reading.

When the viruses lead to infection, they enter inside the cells and take over the cell "to make more copies of themselves" from reproduction. Each time they do that, a "new set of genetic material was made for each new virus," Clarke said, adding that the new variant is definitely "fitter" compared to its predecessor.

The chief medical officer for England, Professor Chris Whitty, warned over the weekend that the new coronavirus strain is observed to be spreading faster.

However,  there was no evidence to propose that the new variant is more potent when it comes to severe illness or death.

According to the chief scientific adviser of the UK government, Sir Patrick Vallance, the working assumption from all scientists is that response to vaccine needs to be sufficient for this virus."

Meanwhile, according to clinical microbiology professor Ravindra Gupta from the University of Cambridge, he was worried that the virus is sort of on a pathway to turning into vaccine-resistant.

He said, "Whilst it may not be actually resistant," the virus may not take a lot of changes "after this for it to get there."

Nevertheless, Clarke explained, different types of flu vaccines are needed each year, and he did not see any reason it could be similar for COVID-19.

This new coronavirus strain, said Van Kerkhove, has so far been detected in other countries like Netherlands, Australia, and Denmark.

The longer the virus spread, she said, "the more opportunities it has to change." Therefore, there is indeed a need to do everything "we can right now" to stop the spread. Minimizing that transmission, the expert added, will lessen the chances of it changing.

In the UK, the strict new lockdown restrictions were an essential gauge to contain the virus, explained University of Leicester clinical virologist Julian Tang in a statement. He warned though that even a couple of hours on Christmas Day could still cause an infection.