South African scientists stress that the new COVID-19 variant might be more resistant to current vaccines. Leaving many wondering how problematic the new variant will be. 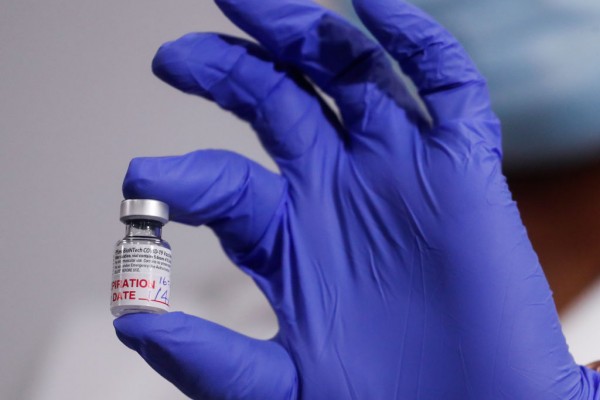 (Photo: Shannon Stapleton-Pool)
NEW YORK, NEW YORK - JANUARY 04: Medical worker Michelle Chester shows a Pfizer coronavirus disease (COVID-19) vaccine before giving it to nurse Sandra Lindsay, who was among the first to receive it, and who will receive the second dose at Long Island Jewish Medical Center January 4, 2021, in the Queens borough of New York City. So far, only about 88,000 people have received the vaccine in New York.

In an interview with BBC, Health Secretary Matt Hancock expressed concerns that the COVID-19 variant from South Africa may be more problematic than the mutation found in the United Kingdom.

"It's a theoretical concern," states Prof Shabir Madhi, the man who led the Oxford-AstraZeneca trials in South Africa. Madhi says that the global roll-out for vaccines has been made more critical due to various mutations.

Although most speculations being theoretical South African scientists are currently examining the new variant, with definitive proofs coming in the next few weeks.

Read More: How the Oxford-AstaZeneca COVID-19 Vaccine is Deployed in England

What is the South African COVID-19 Variant?

Viruses naturally mutate; it is a form of self-preservation that humans have seen for years. Small genetic changes occur within the virus as it copies itself in hops to spread further and thrive in new conditions. 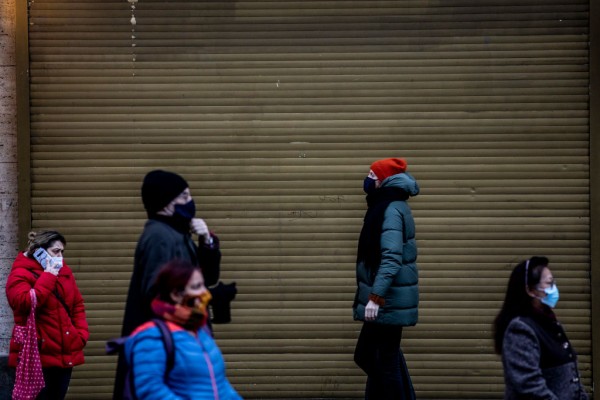 (Photo: Maja Hitij)
JANUARY 04: People wearing protective masks stand near a closed store during the second wave of the coronavirus pandemic on January 04, 2021, in Berlin, Germany. Authorities are likely to extend the current hard lockdown beyond January 10 as daily Covid-19 infection rates and deaths remain high.

In an article posted by BBC, most mutations are of no consequence, and some even harm the virus. However, these mutations often make the virus more infectious and threatening to their human hosts.

The growing concern for the variant stems from the comparisons made with the U.K mutation. According to Madhi, the South African variant has mutated well over the U.K variant that it can even fight against antibodies that, under normal conditions, would fight against the coronavirus.

Anecdotal evidence shows the South African variant is more transmissible. Even younger members of the populace with no pre-existing conditions become susceptible to the virus, says Health Minister Zweli Mkhize.

How Far has the South African Variant Spread?

The new COVID-19 variant has become the dominant strain in the Eastern and Western provinces of South Africa. Outside of the continent, other countries such as Japan, Austria, and Norway have found the South African variant cases.

A chair in the South African advisory committee, Prof Barry Schoub, said that preliminary evidence from recent tests shows that the new variant would not escape the current vaccines being rolled out. However, it should be proof that it is imperative for a global rollout of vaccines and not just in wealthy countries.

According to Prof Shoub, the vaccines are still effective, citing recent laboratory tests that "neutralize" the South African Variant.

Many fear the onslaught of the new variant, while experts believe that stricter societal restrictions may be needed to control the spread.

It is too early to state the strength of the new variants definitively. More tests and studies would have to be conducted. Prof Madhi said that laboratory experiments were yet to start, and the efficacy of the current vaccines would be known in the coming weeks.

Rest assured that with new vaccines on the way, the adaptation of vaccines for the new variant would be much swifter than before.

Also Read: COVID-19 Mutation Not More Fatal But Can Contribute to Rising Number of Deaths