COVID-19 Vaccine: Should People With an Autoimmune Disease Get a Shot?

Many people who decide to get a vaccine as protection from COVID-19 can now back their decision with data containing clinical trial which has demonstrated the safety and effectiveness of Pfizer-BioNTech and Moderna vaccines.

However, those experiencing autoimmune conditions, specifically those on immune-suppressing medications, are faced with the decision to receive a shot minus the benefit of strong evidence-based guidance, as they were not included in the Moderna, Pfizer-BioNTech, and AstraZeneca clinical tests.

In the non-existence of clinical test data, the question, "How should people who have autoimmune conditions approach the risk of benefit" of evaluating getting the vaccine, now arises, Elemental Medium reported. 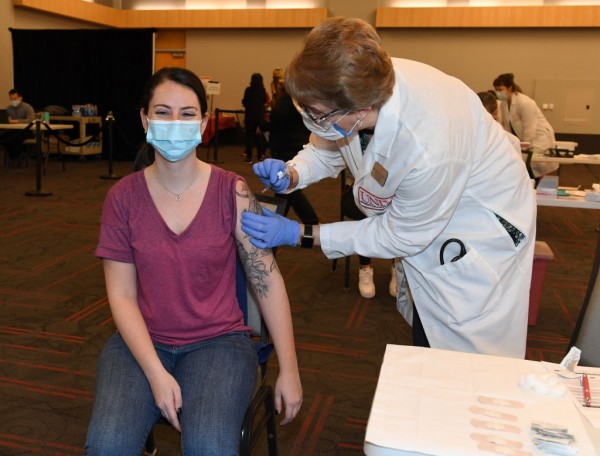 According to the said report, autoimmune illness occurs when the immune system turns its aggression on the healthy cells and tissues of a body.

More so, based on a report from the AARDA or the American Autoimmune Related Diseases Association, over a hundred identified autoimmune conditions.

Some, like rheumatoid arthritis, lupus, type 1 diabetes, IBD or inflammatory bowel disease, and multiple sclerosis, among others, are said to be comparatively typical. In contrast, others are infrequent and difficult to diagnose.

Meanwhile, a report by the National Institutes of Health said, approximately 24 million people in the United States have at least a single autoimmune condition, "and many have more than one."

An approximated 42 million individuals are found to have auto-antibodies, molecules that specify a danger of developing an autoimmune illness.

An estimated 41 million people have auto-antibodies, molecules that indicate a risk of developing an autoimmune disease.

People Excluded from the Vaccine Trials

According to the said report, COVID-19 clinical trials involved some individuals who have autoimmune conditions but did not engage others.

Essentially, autoimmune illnesses vary as much in terms of severity as they do in type, which ranges from "pesky to life-threatening."

Some conditions, like Hashimoto's thyroiditis, are aimed at one area like the thyroid for one and maybe controllable minus medications.

Those under this category were involved in the clinical trials of the vaccines. However, Asheville, North Carolina-based family physician Patrick Hanaway, MD, noted that neither Pfizer nor Moderna segregated people with an immune disease in their reported data to measure any variations in vaccine reactions. These data could help both clinicians and researchers alike. Dr. Hanaway is the senior adviser to the Institute for Functional Medicine's CEO.

People who suffer from more systematic autoimmune diseases like lupus and Crohn's disease, which frequently need immune-suppressing medications to control symptoms, were not included in the vaccine trials.

The absence of clinical test data, while not unusual, means that individuals who have autoimmune diseases may have concerns about the manner a vaccine for COVID-19 vaccine might impact them.

Specifically, such concerns fall under two major classifications, which include safety and efficacy. This, according to experts, is something unusual.

People going through immunosuppressive treatments, like disease-modifying antirheumatic drugs or DMARDs and biologics, are often not included in clinical trials.

Generally, manufacturers determine the safety and efficacy of a vaccine in the general public before evaluating any differences in other, more problematic populations.

Reactions of these populaces are then observed in "post-marketing," or phase 4, surveillance, after the vaccine gets the approval of the Food and Drug Administration.

However, while extraordinary, the absence of clinical trial data means that those with autoimmune illnesses may have problems with how the vaccine for COVID-19 might impact them.

Such concerns, as mentioned, fall under two main classifications: safety and efficacy.