Antibiotics: Inefficacy, Need for New Types, and Solution To Such Resistance

Present means of combating bacteria is not as good as they used to be anymore because of our resistance to antibiotics. Nowadays, people die from bacterial infections that could have been treated over five decades ago.

A Phys.org report said, the University of the Netherlands Biological Chemistry at the Institute of Biology Leiden Professor Nathaniel Martin, at the University of Netherland, explained why current antibiotics are not successfully treating us anymore just like they used to, before.

In an almost 15-minute Universiteit van Nederland YouTube video, the professor discussed the reasons why antibiotics don't succeed anymore in curing bacteria and how the essentiality of a new type.

The number of deaths due to infections all over the world is on the rise as more bacteria are becoming more and more resistant to antibiotics.

Therefore, Professor Martin said, new classes of this drug are desperately needed. In addition, a potential resistance inhibitor is currently being developed by a team of researchers led by Martin.

A previous Medical Xpress report said the said figures were alarming as globally, roughly 700,000 patients die because of infections that could have been cured with antibiotics back in the 1970s and 1980s.

However, more and more bacterial strains turn out to be more resistant. The main reasons were that the mass and frequently wrong use of antibiotics and very few new types of these drugs.

According to Professor Martin, minus the "serious investment and innovation by 2050," resistance to antibiotics may claim as many "as many as 10 million lives each year.

Before the entry of antibiotics, mainstream drugs had no choice for curing internal bacterial infections. Relatively, doctors would provide basic wound care, applied topical antiseptics to alleviate infections, and hope patients would eventually combat infection, not to mention recover on their own.

Minus these drugs and having limited information about alternative treatments, internal infections frequently turn out fatal. 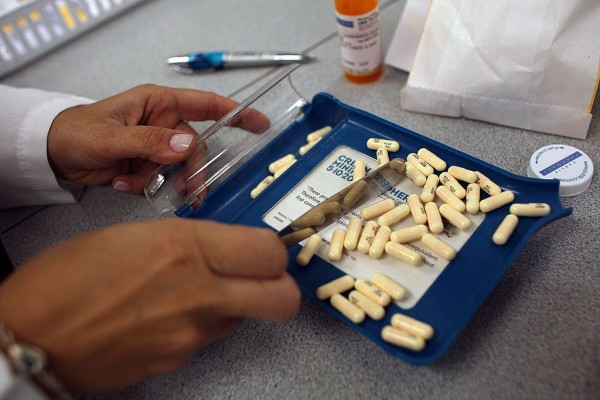 (Photo: Joe Raedle/Getty Images)
Present means of combating bacteria are not as good as they used to be anymore because of our resistance to antibiotics.

The Occurrence of Antibiotic Resistance

When antibiotics were initially discovered in the 1930s and 1940s, they were actually "a miracle cure," a piece posted on StaphInfection Resources specified.

In addition, the article said, the said drug was quickly stopping otherwise fatal infections. Such powerful and effective antimicrobials soon turned out to be the standard therapeutic approach for microbial infections.

Such treatments worked very effectively and turned out to be very popular too that they started to get overused, not to mention, even abused.

To date, doctors routinely prescribe their patients' antibiotics for illnesses they are unable to treat, like flu, cold, and other viral infections.

More so, they frequently prescribe, just in case, even if there is no indication of any bacterial infection. Astonishingly, the most major use of antibiotics is beyond healthcare.

Solution to Such Resistance

With Martin's Leiden research team, he worked on a potential solution that could possibly fight the bacteria's resistance mechanism.

Furthermore, scientists have developed a new type of molecule inhibitors that would block aggressive resistance enzymes.