Experts said that the year 2020, which experienced terrifying blazes from California to Siberia and a record amount of tropical cyclones in the Atlantic, is already the second-hottest year just yet.

Data published by the National Oceanic and Atmospheric Administration (NOAA) revealed that the planet's average temperatures reached 58.77 degrees Fahrenheit in 2020. That's a mere 0.04 degrees cooler than experts recorded in 2016. However, the actual average land and ocean temperature in 2020 that NASA recorded was the highest ever measured. 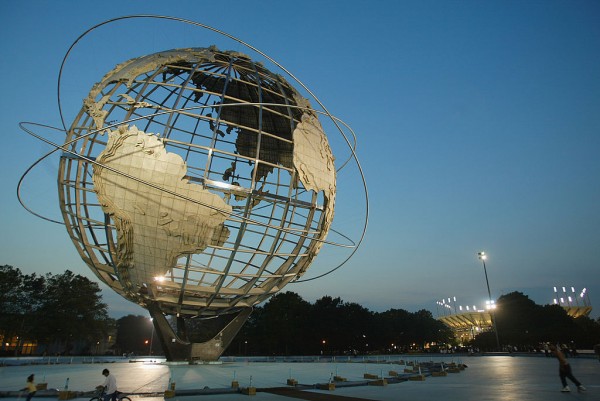 (Photo: Robert Laberge/Getty Images)
FLUSHING, NY - SEPTEMBER 3: A view of the globe statue taken at dusk during the US Open on September 3, 2002, at the USTA National Tennis Center in Flushing Meadows-Corona Park in Flushing, New York.

According to NOAA, the Northern Hemisphere endured its hottest year on earth, surpassing the average of the 20th century by 2.3 degrees. Last year, experts recorded "exceptionally warm" oceans. They recorded high sea surface temperatures reported across parts of the Atlantic, Pacific, and Indian oceans.

The accomplishments came after unprecedented wildfires in Australia and the United States. The strain on nations to combat global warming and the catastrophic effects of climate change has intensified severe weather incidents across the planet.

While NOAA has named 2020 as the second-hottest week after record-keeping started in 1880, there are several differences among other organizations that undertake similar calculations. A NASA report showed that global average surface temperatures in 2020 were related to 2016. However, the World Meteorological Organisation was also at the forefront in 2016.

Why Was This Happening?

The disparities between these categories are attributable to small variations in how data gaps are compensated for in areas of the world that lack accurate weather stations.

Yet analysts believe, given the wider context of global warming, these minor variations are inconsequential. According to NOAA, the planet's seven warmest years on record have all been since 2014, with 10 of the warmest years since 2005 happening.

Gavin Schmidt, a climate scientist at NASA's Goddard Center for Space Research, said in a statement that the last seven years were the hottest seven years on earth. The numbers typified the current and drastic pattern of warming.

The long-term patterns were not really illustrated by Schmidt, whether one year is a record or not. He said that with these developments, and as the human effect on the environment rises, we would anticipate records to continue to be set.

Scientists have learned that climate change impacts are most noticeable in the Arctic, where even minor weather differences can have a significant influence. NASA's study showed that the area has been heating more than three times as quickly as the rest of the earth during the past 30 years, Schmidt said.

ALSO READ: Organic Meat Is No 'Greener' Than the Rest of the Meat